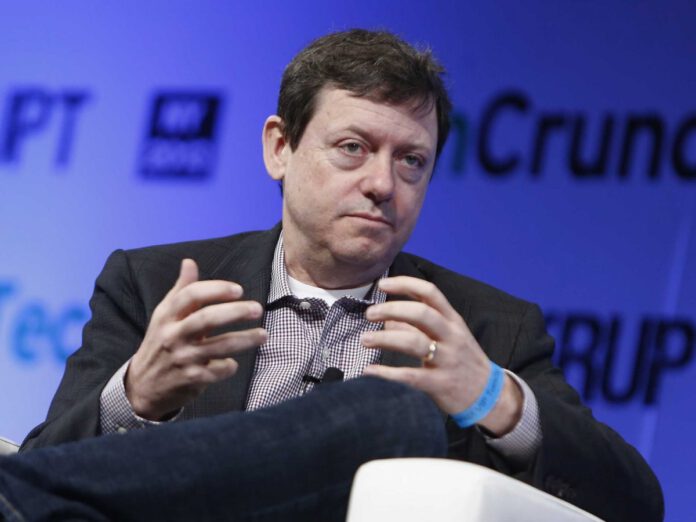 Union Square Ventures head Fred Wilson has written a post on his blog about “winner take most” markets, such as Google, Amazon, Facebook, and Uber. And it deliciously hints that Blockchain could provide the next winner.

Wilson, an early investor in Twitter, Tumblr and other unicorns, believes the blockchain may be that elusive thing that can finally break the “winner takes most” trend in technology.

“Lately, we’ve been wondering if there is an end to this pattern on the Internet and mobile. We think it is possible that an open data platform, in which users ultimately control their data and the networks they choose to participate in, could be the thing that undoes this pattern of winner takes most.”

“The blockchain is the closest thing to emerge that looks something like that. But the blockchain hasn’t (yet?) shown that it can produce something important like Google’s search or Facebook’s social graph and until it does, we are just waiting.”

Wilson states that the reasons behind a successful venture are:

“We think it is possible that an open data platform, in which users ultimately control their data and the networks they choose to participate in, could be the thing that undoes this pattern of winner takes most.”

But this is not the first time he has talked big about blockchain perhaps being the next big thing.

Speaking at TechCrunch Disrupt on 5th May, 2014 he also said:

“Right now you need someone to be the arbiter of identity – either Facebook, Twitter or Google – somebody who developers can use for login and other information sharing. I think you could do the same thing with a blockchain architecture, where there is no third party, there is no clearinghouse of identity information.”