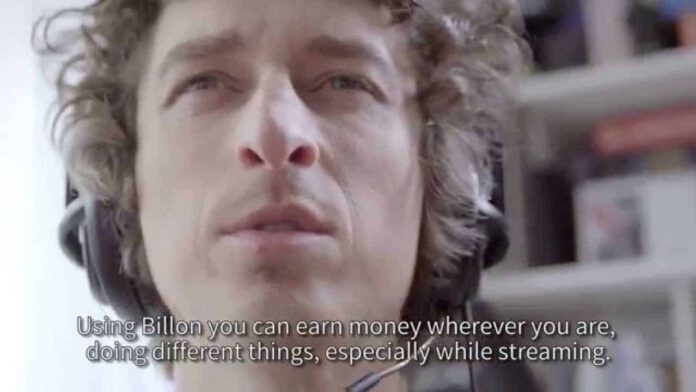 Polish/UK Blockchain company Billon is going to offer Twitch content producers the opportunity to receive ‘tips' from fans that completely bypass the banking system. To gather tips, Twitch content producers can add a pay button to their pages and fans can pay them. The system allows Twitch stars to cash out in multiple ways including via cash, pre-paid cards, vouchers, and checks.

The solution works on phones or laptops, and moves money peer-to-peer  – basically,  the money does not circulate in the system between banks, but between users.

To use Billon, one just needs to download the free app, and register in Billon, similarly to any other app, like Skype, Facebook or Twitch. In order to register one needs to provide only two data points: a login name, and password. With these two data points your digital ID is created. This digital ID is created within Billon collaboration with financial institutions. These financial institutions are typically banks or e-money license holders (same institutions that issue credit cards or create bank accounts). So technically speaking, every user (and his login name) is being registered with the financial institution of users choice. Once user is registered, you can start topping up Billon app with real money to make digital cash transactions with any other user. Users can also do cardless withdrawal at any participating ATM or cash-out to any bank account.

In short, the first piece of Billon technology (blockchain genesis block) is put behind banking (or e-money institution) firewalls, so everything we do is in-line with banking regulations, especially with Know-Your-Customer (KYC) and Anti-Money-Laundering (AML) procedures. This piece of technology enables issuing bank (the one that is responsible for digital money) to convert traditional paper or “bank money” into digital cash and send it directly to your Billon app. The same Billon software is used to redeem digital cash as “bank money” or paper money at ATM.

Billon does not require anyone to own a bank account, as Billon tech is fully independent of any existing bank solutions. Therefore as a user, you get full digital cash experience, without the hassle and costs associated with owning a bank account. In the future, they plan to fully integrate the Billon app into other bank accounts, so that you will be able to see your bank account balance in your Billon app, or take an instant loan from your financial institution.

And it's safer than any bank account. Their tech infrastructure and architecture is blockchain based, and not core-banking system based. It means, that data that is transmitted between Billon apps is encrypted, and never stored on any server. Therefore even if someone breaks into a financial institution that issues your digital cash, the hacker will not steal your money, will not steal information about your transactions, and will not force you to change passwords… because this information is simply not in the bank, so there is nothing to be stolen.

It's no wonder banks want a piece of the action.

Financial groups are racing to harness the power of the Blockchain to slash costs according the Financial Times:

For the financial services sector it offers the opportunity to overhaul existing banking infrastructure, speed settlements and streamline stock exchanges, although regulators will want to be assured that it can be done securely. The developments potentially combine two of the most dynamic industries: the computing hub of Silicon Valley and the money management of Wall Street and the City of London.

“We could go the way that file transfer technology changed music, allowing new businesses like iTunes to emerge,” says Michael Harte, chief operations and technology officer at Barclays. “That is why there is such feverish activity at the moment.”

The Blockchain solves some key technological problem of banks such as how to protect access to confidential data. And Blockchain and Billon do exactly that: banks (and financial institutions) don't need to build expensive data centers to store and process customer data, with sophisticated firewalls to protect access to these information. With Billon, all data is stored on users' device, and all transactions happen on peer-to-peer basis, meaning when users move money between one another, bank central infrastructure is never used. This means radical cost savings for the banks. No more excessive transaction processing costs, no more timeful transaction authorizations, no more expensive transaction settlements, no more complex transactional counterparty risk, no more lengthy transactional chargeback procedures, no more exorbitant IT infrastructure designed to handle transactional peak volumes.

By design, Billon is significantly cheaper than any other electronic money provider – they don't require banks to invest into new hardware, software and their integration can be implemented within 12 weeks… therefore, compared to alternatives like payment cards, checks or core-banking system architecture, Billon is 90 per cent cheaper to implement and nearly 100 per cent cheaper to operate. Billon fees typically are based on revenue-share models to eliminate costly upfront investments on the bank side.

“Billon has created the world’s first blockchain enabling government currency transactions that is compliant with regulations. This is important – mass adoption can only occur if clients are using their existing mobile phones and favorite local currency,” said Horoszczak. “Today, payments are a broken end-to-end value chain full of intermediaries, payment insurers, liquidity providers, clearing agents, settlement agents, and account holders. Imagine giving the power to truly provide an end-to-end solution…and eliminate all the cost, risk, and hassle that exists today.”

They recently brought on David Putts in Europe as Chairman. Putts founded three banks in Europe and spent 10 years at McKinsey. The company has raised angel funding and recently headquartered in London.

Horoszczak sees his company as one of the first fully regulated P2P payments companies, which is a hard thing to be.

You can watch another video on Billon technology here. Or below.

Video: Josh Lawler on ChainLink, the Token Taxonomy Act, and regulatory hurdles from the CFTC