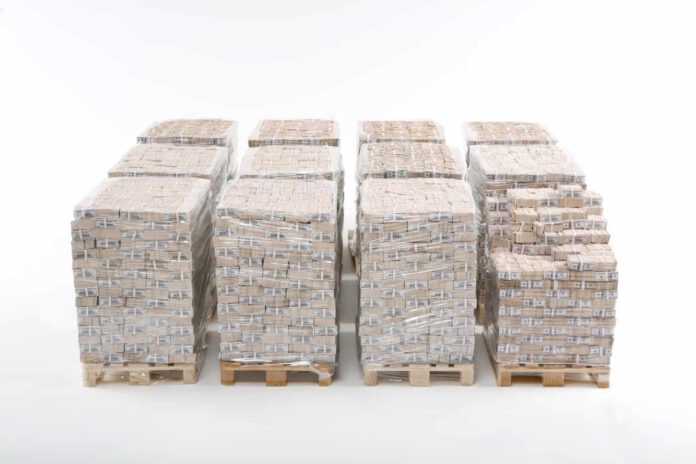 Spending by financial institutions on blockchain projects will exceed $1 Billion US Dollars in 2017, making it one of the fastest developing enterprise software markets of all time, says Investment Bankers Magister Advisors. The Magister market forecast, which follows interviews with major banks, VCs and technology vendors, says that the world’s largest financial institutions have typically already identified portfolios of approximately 10-20 projects for Blockchain evaluation.

“The market is largely at the POC (proof of concept) phase, proving that blockchain-based implementations can replicate or complement existing infrastructure,” says the firm. “2016 marks a ‘race to production’ as innovators seek to push beyond the prototype stage.”

Collaborative initiatives by banks to assess the market potential for blockchain technology are starting to take off, with over 30 signed up for the R3-led standard-setting coalition, and 20 financial institutions joining a London-based working group looking at how blockchain technology can transform the way securities are traded, cleared, settled and reported.

This activity is likely to lead to significant investments in blockchain platform and application providers throughout 2016, says Magister Advisors, which anticipates multiple $100m+ funding rounds in 2016, as those with strong momentum seek to claim market leadership.

Facebook
Twitter
Pinterest
WhatsApp
Previous articleMSB Games Will Use Openchain Tech from Coinprism to Issue & Digitally Register MSBG Shares on Blockchain
Next articleAdi Ben-Ari – Blockchain Predictions for 2016
Richard Kasteleinhttps://www.the-blockchain.com
In his 20s, he sailed around the world on small yachts and wrote a series of travel articles called, 'The Hitchhiker's Guide to the Seas' travelling by hitching rides on yachts (1989) in major travel and yachting publications. He currently lives in Groningen, the Netherlands where he has set down his anchor to raise a family and write. Founder and publisher of industry publication Blockchain News (EST 2015) and director of education company Blockchain Partners (Oracle Partner) – Vancouver native Richard Kastelein is an award-winning publisher, innovation executive and entrepreneur. He has written over 2500 articles on Blockchain technology and startups at Blockchain News and has also published in Harvard Business Review, Venturebeat, Wired, The Guardian and a number of other publications. Kastelein has an Honorary Ph.D. and is Chair Professor of Blockchain at China's first blockchain University in Nanchang at the Jiangxi Ahead Institute software and Technology. He has over a half a decade experience judging and rewarding some 1000+ innovation projects as an EU expert for the European Commission's SME Instrument programme as a startup assessor and as a startup judge for the UK government's Innovate UK division. Kastelein has spoken (keynotes & panels) on Blockchain technology at over 50 events in 30+ cities.