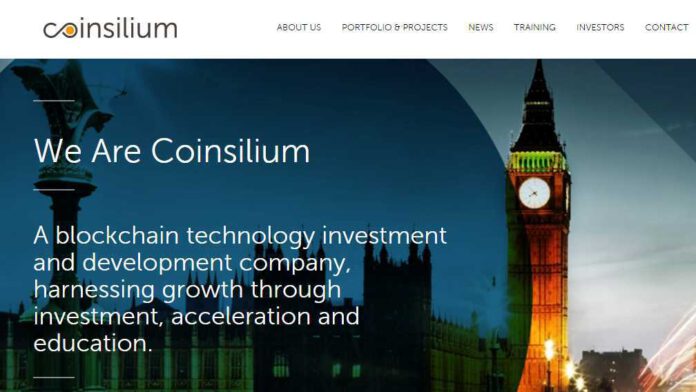 Coinsilium Group Limited, the blockchain technology investment and development company has recently begun trading of its Ordinary Shares on the ISDX Growth Market in London, under the ticker COIN.

The company is the world’s first blockchain technology focused company to be admitted to trading on an Exchange Regulated Market. Upon Admission, Coinsilium has 69,793,500 Ordinary Shares on issue representing a market capitalisation of £6.98 million.

“We are delighted to be the world’s first IPO of a blockchain technology company and the first to offer retail investors the opportunity to gain exposure to a diverse group of these potentially disruptive technologies and to this fast growing sector. This is not only a significant step for the Company but also for the blockchain industry in general. The UK has been a welcoming jurisdiction to date for fintech and the evolution that blockchain technology represents to the transfer of value online, and we are pleased to play our part in seeing London be one of the world’s leading innovation hubs in this regard. We believe that the increased profile of having Coinsilium’s shares admitted to trading will help generate further investment and revenue opportunities, accelerate growth plans and maintain the Company’s position as a market leader in this technological space.”

Coinsilium is the culmination of over two year’s work, commencing in 2013, that has seen the Company build a diverse portfolio of interests in blockchain technology companies and projects. Including SatoshiPay, a nano-payment gateway for online content; blockchain technology and bitcoin trading platform, Magnr; Fuzo, a digital wallet and financial services provider for the world’s unbanked; Factom, a blockchain enabled data management system; Rivetz, a security application developer; blockchain API provider, Neuroware; and cryptocurrency payment gateway and analytics provider, CoinSimple.

The net proceeds of the fundraising will be used to provide working capital for the Company’s revenue generative divisions, progressing in-house development projects and to commence Coinsilium’s accelerator program, Block Chain Space and with the increased profile of being quoted on a stock exchange and recognised as a thought leader on the subject, the Directors expect to provide specialist consultancy services and blockchain-based solutions to major corporates as blockchain technologies gain further traction and mainstream acceptance.