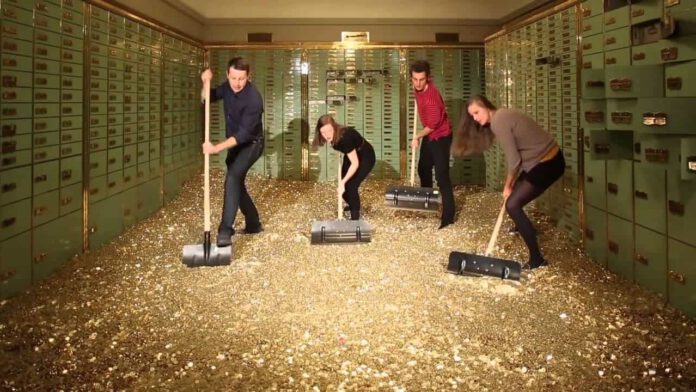 Drawing on the Switzerlands’ unique competitive strengths in the banking world, Zurich-based Nexussquared has announced they will act as a catalyst for the development of international Blockchain and Fintech businesses out of Switzerland.

Over the course of the Q1 2916, Nexussquared will continue to establish its operations, which will include an internationally connected program called Nexuslab to mentor and grow start-up companies, and a portfolio of business coaching and consulting services.

In its activities, the company’s primary focus will be on the application of blockchain technology to financial services business models. Acting as an independent platform, Nexussquared will allow fintech ventures and financial institutions to harness the full potential of Switzerland’s unique mix of competitive advantages including deep financial services expertise, strong technology know-how, strict data protection laws and a stable geopolitical environment.

By partnering with leading global fintech experts and organisations, Nexussquared will ensure the resulting business models are fit to scale internationally.

“By partnering with stakeholders operating across the entire financial services spectrum we will foster an environment where new ideas can thrive and provide resources to harness Switzerland’s unique potential as a leading centre for financial technology.”

In a whitepaper published recently called Act Now or Follow Later –  Why Switzerland Must Seize the Fintech Challenge, Nexussquared argues that Switzerland is well positioned to become a leading centre for financial technology. Stressing that time is of the essence if Switzerland wants to seize these opportunities, the whitepaper outlines three possible future scenarios for Switzerland to be a leading fintech location: as a blockchain expertise centre, a next generation wealth management hub and a continental European fintech hub.

Starting in January 18th 2016, they will launch a monthly Nexussquared ‘Drink-Up’ series inviting Swiss and international Fintech aficionados to meet in a casual environment with the goal to allow the ‘Fin’ to meet the ‘Tech’ across all disciplines of the Swiss financial services industry. Their first Nexussquared ‘Drink-Up’ will take place on Monday January 18th, 2016 – from 06:00 pm. at the LIMA Bar, Talacker 34, 8001 Zurich. You can RSVP online here.

Taking a novel approach to fostering startups, Nexuslab introduces a programme inspired by the blockchain paradigms of decentralisation, trust and efficiency. To extend the range and expertise of its mentor network, the programme will collaborate with Startupbootcamp Fintech.

Starting in early 2016, Nexuslab will host the pilot round of its three-month programme, which will take place in a predominantly virtual setting based on a secure collaboration platform to facilitate tailored coaching sessions and offer on-demand training. Three weekend hangout sessions in major European cities will provide founders of participating startups with the opportunity to meet face-to-face and learn directly from successful fintech companies.

Throughout the programme, startups will be individually matched with senior level mentors from the financial and IT industry, such as blockchain specialist Guido Rudolphi, to receive practical advice on regulatory, technical and commercial aspects of their specific business. Nexuslab will collaborate with Startupbootcamp Fintech to provide participants access to selected experts and build on Startupbootcamp’s experience of helping and growing startups.

During the final month of the programme, all teams will gather at the Nexuslab pop-up lab in Zurich for additional in-person mentoring and to prepare their ideas for a pitch day. Visa and financial restrictions often prevent promising fintech startups from participating in traditional accelerator programmes, which require entire teams to work in a specific location for a prolonged period of time. Particularly in Central and Eastern Europe, highly skilled technology specialists struggle to match their ideas with in-depth financial industry expertise and adequate support to turn them into winning business models.

Nexuslab was designed from scratch to overcome such hurdles and offers a programme that reflects the decentralised setup of many of today’s fintech ventures. The programme taps into Switzerland’s leading financial services expertise and makes the unique competitive advantages, which have led to a growing nexussquared | Seestrasse 329 | 8038 Zurich | Switzerland blockchain cluster in the Swiss canton of Zug, available to fintech talent in and out of Switzerland.

“When planning our programme, we studied the needs of new fintech and especially blockchain ventures very closely.  It soon became clear that many of them operate in virtual teams spread across different countries. Based on these findings, we designed Nexuslab, a startup support programme that aligns with the virtual nature of many new fintech ventures, allowing them to source talent based on skills rather than location.”

Blockchain and Bitcoin expert Guido Rudolphi, who will support Nexuslab with his technical expertise, said:

“When I was asked if I wanted to get involved in Nexuslab I agreed in an instant. A virtual programme meets the requirements of today’s fintech startups, especially in the blockchain field. I mostly work in virtual teams myself, and I look forward to sharing my experience with highly motivated startups to help them bring their business ideas to life.”

Pre-registration for the 2016 pilot cohort is now open The first round of Nexuslab will start in March 2016. Pre-registration is open now and the official submission period will run from 1 January to 12 February 2016. Nexuslab will consider applications both from teams with convincing early- stage ideas and startups that have already acquired seed funding.

At least one of the founders needs to be based in Europe. Nexuslab is open to fintech ventures with business models based on or related to blockchain technology. The programme features three tollgates at which a decision will be made whether a team will progress to the next stage. This built-in selection mechanism allows Nexuslab to start with a larger pool of teams and give entrepreneurs with early-stage ideas a chance to prove themselves. More information about Nexuslab and the pre-registration link are available here.