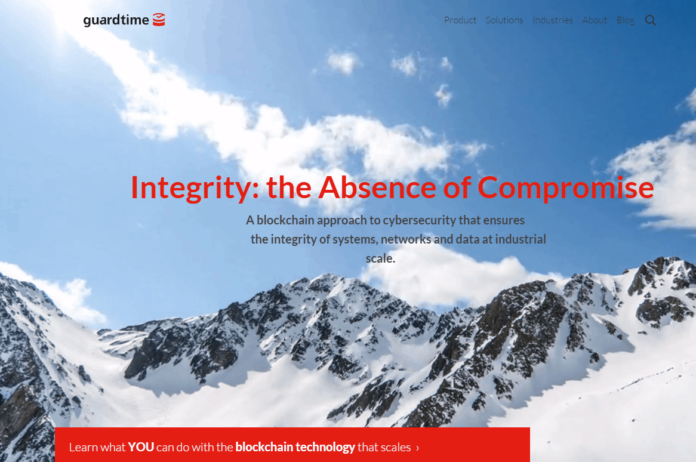 Guardtime, the first and only platform for ensuring the integrity of data and systems at industrial scale, today announced a partnership with the Estonian eHealth Foundation to accelerate blockchain-based security, transparency, auditability and governance for the lifecycle management for patient healthcare records. Guardtime will also bring their Keyless Signature Infrastructure (KSI) technology to all levels of Estonian eGovernment infrastructure through a frame cooperation agreement with the Estonian Information Systems Authority (RIA).

Estonia has been at the forefront of innovation in digital society for the last 20 years and is the only country where a majority of citizens carry a PKI smart card with access to over 1000 electronic government services. Electronic patient records are a critical component of these services, and Guardtime’s blockchain technology enables an independent forensic-quality audit trail for the lifecycle of those records, making it impossible to manipulate information and hide what was changed.

“Estonian President Toomas Hendrik Ilves has repeatedly pointed out the biggest threat in cyberspace is integrity, and in particular the integrity of patient healthcare records,” said Mike Gault, CEO of Guardtime. “This level of transparency and auditability is a global first and with healthcare fraud costing hundreds of billions of dollars every year, the Estonian model should provide a valuable template to dramatically reduce this fraud for the rest of the world.”

Estonian eHealth Foundation will integrate Guardtime’s KSI blockchain into its Oracle database engine, providing real-time visibility into the state of electronic systems and lifecycle management of patient records. KSI-instrumented records, based on hash function cryptography, will be mathematically irrefutable.

“The unparalleled scale and frequency of the KSI blockchain give us the capability to maintain continuous real-time situational awareness into the integrity state of assets under our control,” said Margus Auväärt, Head of eHealth Foundation. “It enables us to react to any incidents immediately, before potentially larger-scale damages can occur.”

The Estonian government and Guardtime began a formal cooperation in 2011, when select government organizations started deploying KSI blockchain to secure both public and internal records and logs to combat insider threat and indemnify the information systems operators. Under the new frame agreement, RIA will make KSI blockchain available for all government authorities through the RIA-s X-road data exchange platform and increase investment in its existing blockchain competence center to better support public sector KSI implementations.

“Ensuring the integrity of information we process and store is critical to Estonia’s eGovernance and way of life,” said Taimar Peterkop, the Director General of Estonian Information Systems Authority. “You cannot make mistakes, and solely relying on perimeter security and goodwill of the insiders would be inexcusably naive. We need independent integrity instrumentation, both for the data, as well as for our systems, and the blockchain technology has a lot to give here.”

Estonia is the first government in the world to have embraced the blockchain technology in its live production systems for ensuring the integrity of the records, logs and systems. Guardtime’s KSI blockchain has been continuously running since April 2008, and is purpose-built for massive-scale integrity instrumentation of any type of data at rest.