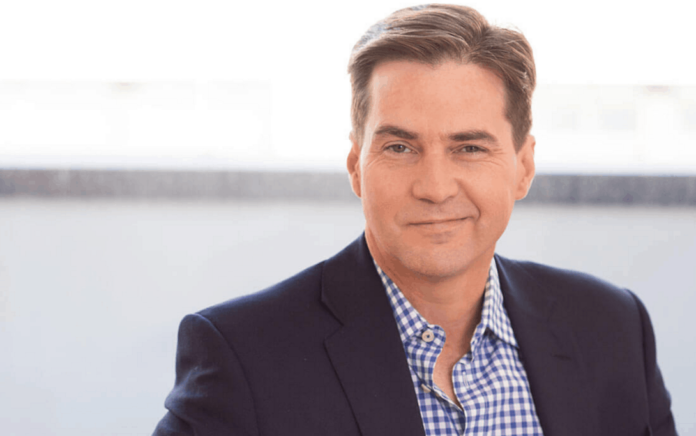 The BBC is reporting that Australian Australian computer scientist, inventor and academic Dr. Craig Steven Wright has been revealed as Bitcoin creator Satoshi Nakamoto and has provided technical proof to back up his claim using coins known to be owned by Bitcoin's creator.

He shared his claims with three media outlets all together (the BBC, The Economist, and GQ) along with ample proof and demonstrations showing that he's the person who developed the concepts on which Bitcoin is built. The BBC claims that he has “provided technical proof to back up his claim using coins known to be owned by Bitcoin’s creator.”

Wright digitally signed messages using cryptographic keys created during the early days of Bitcoin's development. The keys are inextricably linked to blocks of bitcoins known to have been created or “mined” by Satoshi Nakamoto.

He also posted on his own blog today in which he claims to be Bitcoin creator Satoshi Nakamoto:

Since those early days, after distancing myself from the public persona that was Satoshi, I have poured every measure of myself into research. I have been silent, but I have not been absent. I have been engaged with an exceptional group and look forward to sharing our remarkable work when they are ready.

But this is only the beginning.

Blockchain News reported on Wright in December last year when Wired published… then backtracked on his claims, admitting he might just be a genius hoaxer hell-bent on implying that he is Satoshi Nakamoto.

It appears that reporters at Wired were given access to documents leaked by an anonymous source close to Dr. Craig Steven Wright — the man the magazine has fingered to as the genius behind bitcoin.

Soon after Gizmodo and Wired published stories about Wright last year, wiped much of his digital presence from the internet and he was pretty much shelved as a huckster and yet another in a long line of Nakamoto wannabees when giant cracks started to appear in the narrative.  Some of the academic credentials Wright listed on a profile on LinkedIn could not be confirmed and supercomputer manufacturer SGI said that it had ever done business with one of his companies, Cloudcroft. And on top of that,  cryptographic keys found in the leaked documents and some of his blog posts were said to have been backdated or changed recently.

After a clampdown by Australian tax officials, many wrote him off and presumed the whole story was an elaborate hoax staged by Wright himself.

There have been a number of attempts to unmask Nakamoto in the past but they have always proven unsuccessful. The New York Times, Fast Company, and the New Yorker all tried and failed in 2015 and Newsweek, which claimed in 2014 that Dorian Nakamoto was the man behind the Bitcoin fell flat – even though his birth name was Satoshi Nakamoto.

However, the proof is now on the table it appears… but is it true?

In the BBC interview Wright the Australian academic explained by he made the choice to come out:

The Economist is less impressed and they wrote:

“Indeed, it may never be possible to establish beyond reasonable doubt who really created bitcoin.”

And the Bitcoin Reddit community is not sold on it… at all.

JoukeH discovered that the signature on Craig Wright's blog post is not a signature of any “Sartre” message, but just the signature inside of Satoshi's 2009 Bitcoin transaction. It absolutely doesn't show that Wright is Satoshi, and it does very strongly imply that the purpose of the blog post was to deceive people. So Craig Wright is once again shown to be a likely scammer. When will the media learn?

Nor are crypto-pundits at Hacker News:

Note that the base64 string at the top of his post isn't a signature, just a cleartext message: ” Wright, it is not the same as if I sign Craig Wright, Satoshi.nn”.

Now the only question is how he fooled Gavin. I would imagine this story will still get spread around some naive channels for a while, just like the last time Wright tried something like this.

Credit goes to jouke in #bitcoin for figuring it out.

Something still seems off to me, why does he go into such specific detail in verifying the signature? I would have assumed he would just let people figure out the verification themselves. But maybe I'm just skeptical because Satoshi having a public identity takes some of the magic away.

As pointed out by maaku, he never revealed what message the signature is supposed to be signing.

But Gavin Andreson, chief scientist at the Bitcoin Foundation,  is convinced.

I believe Craig Steven Wright is the person who invented Bitcoin.

I was flown to London to meet Dr. Wright a couple of weeks ago, after an initial email conversation convinced me that there was a very good chance he was the same person I’d communicated with in 2010 and early 2011. After spending time with him I am convinced beyond a reasonable doubt: Craig Wright is Satoshi.

Part of that time was spent on a careful cryptographic verification of messages signed with keys that only Satoshi should possess. But even before I witnessed the keys signed and then verified on a clean computer that could not have been tampered with, I was reasonably certain I was sitting next to the Father of Bitcoin.

During our meeting, I saw the brilliant, opinionated, focused, generous – and privacy-seeking – person that matches the Satoshi I worked with six years ago. And he cleared up a lot of mysteries, including why he disappeared when he did and what he’s been busy with since 2011. But I’m going to respect Dr. Wright’s privacy, and let him decide how much of that story he shares with the world.

We love to create heroes – but also seem to love hating them if they don’t live up to some unattainable ideal. It would be better if Satoshi Nakamoto was the codename for an NSA project, or an artificial intelligence sent from the future to advance our primitive money. He is not, he is an imperfect human being just like the rest of us. I hope he manages to mostly ignore the storm that his announcement will create, and keep doing what he loves– learning and research and innovating.

I am very happy to be able to say I shook his hand and thanked him for giving Bitcoin to the world.

Some in the Reddit Bitcoin community even thought Andreson's blog was hacked:

I think it's quite possible that Gavin's blog account was hacked and that the hacker wrote that entire blog post in an attempt to discredit Gavin's reputation. Now that I think about it, it's been several hours since that “I believe that Craig is Satoshi” blog post was published but no other comments from Gavin at all despite all the heavy criticism in all subreddits.

Another reason to suspect that Gavin's blog account has been hacked:

But Andreson further extrapolated his reasoning on Reddit/r/Bitcoin:

Craig signed a message that I chose (“Gavin's favorite number is eleven. CSW” if I recall correctly) using the private key from block number 1.

That signature was copied on to a clean usb stick I brought with me to London, and then validated on a brand-new laptop with a freshly downloaded copy of electrum.

I was not allowed to keep the message or laptop (fear it would leak before Official Announcement).

I don't have an explanation for the funky OpenSSL procedure in his blog post.

I had the opportunity to review the relevant data along three distinct lines: cryptographic, social, and technical. Based on what I witnessed, it is my firm belief that Craig Steven Wright satisfies all three categories. For cryptographic proof in my presence, Craig signed and verified a message using the private key from block #1 newly-generated coins and from block #9 newly-generated coins (the first transaction to Hal Finney). The social evidence, including his unique personality, early emails that I received, and early drafts of the Bitcoin white paper, points to Craig as the creator. I also received satisfactory explanations to my questions about registering the bitcoin.org domain and the various time-of-day postings to the BitcoinTalk forum. Additionally, Craig's technical working knowledge of public key cryptography, Bitcoin's addressing system, and proof-of-work consensus in a distributed peer-to-peer environment is very strong.

According to me, the proof is conclusive and I have no doubt that Craig Steven Wright is the person behind the Bitcoin technology, Nakamoto consensus, and the Satoshi Nakamoto name.

Ian Grigg, a renowned financial cryptography expert and publisher of Financialcryptography.com has written that he can also confirm that Wright is actually is part of a Satoshi team and he claims this from “direct knowledge”.

The death of Kleiman left the team somewhat unbalanced, and it played merry hell on the lives of those left in the team. It is no exaggeration to say that the Satoshi experience marked the people far more than could be appreciated from outside – they changed, their personalities flayed, their tempers tested, their lives turmoiled. Dave Kleiman died in suspicious circumstances, a story yet to be fully told.

Whatever, they are, they became, they suffered as different people, and I cannot say for better or for worse.

Satoshi Nakamoto was cryptography's best-kept secret since Enigma. For more than 6 years the secret was held by a tiny bunch of supporters ring-fencing around the team – for privacy, for safety, and for fear.

Sometime in summer of 2015 the secret started to spread, and the writing was on the wall. An extortionist and a hacker started attacking, perhaps together, perhaps apart; to add to the woes, Dr. Wright and his companies were engaged in a long harsh bitter battle with the Australian Tax Office.

Dan Kaminsky, a well-known security researcher recently penned in a post that the whole thing is a scam.

“Satoshi signed a transaction in 2009. Wright copied that specific signature and tried to pass it off as new,” he added on Twitter. “He’s lying. Full stop.”

According to some cryptocurrency pundits Nakamoto holds over a million bitcoin, worth about half a billion dollars at current rates, but they have apparently never been touched.

The Bitcoin price is dropping on the news.