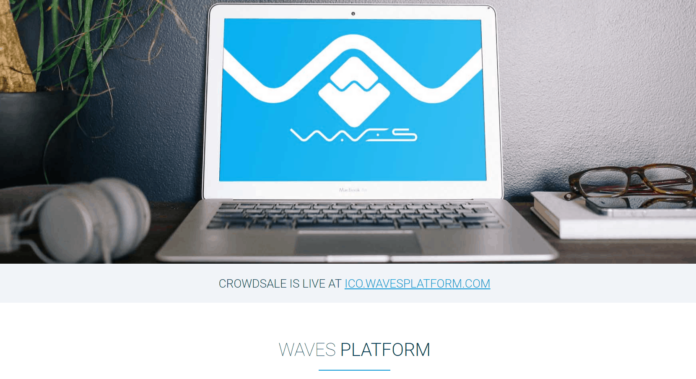 “WAVES is designed to take the coloured coins concept to its fullest expression,” said Sasha Ivanov, the platform’s founder, who is well-known in the cryptocurrency world thanks to his Coinomat instant exchange and other popular projects.

“One of the use cases we want to realise from the start is a kind of decentralised Kickstarter – one where anyone can raise funds for their project, but where investors are protected by WAVES’ built-in Blockchain-based reputation system, and where they can trade their stake in a project with third parties or gain an automatic refund if certain conditions are not met.”

The platform will focus on integration of national currencies through compliant gateway operators, allowing users to employ GBP, USD, EUR, CNY and others for Blockchain operations, rather than relying on a native token subject to volatility through changing supply and demand. In the context of the concerning move towards permissioned Blockchains, WAVES will offer financial institutions an open platform fit for purpose and suited to the demands of KYC/AML regulation. It will also include anonymity features, a must for industry-grade trading platforms.

WAVES will initially focus on several key applications. A decentralized token exchange will facilitate fundraising, crowdfunding, and trading of financial instruments on the Blockchain. Asset-to-asset trading will be enabled from the start, meaning that any currencies and assets can be used to pay network fees, thereby placing minimal burdens on end users.

WAVES is positioned for accessibility and mass adoption from the outset. The network is built on the Scorex platform, which develops an approach based on using current network state as an alternative to full transaction history.

WAVES will use a variation of the proof-of-stake consensus mechanism, Leased PoS (LPoS), which enables lightweight clients to use their balances to maintain network security whilst leaving staking itself to full nodes. This two-tier architecture means end users will only need lightweight clients, facilitating easy installation. Interfaces familiar from existing online banking and trading apps will enable a flat learning curve.

The concern for usability is reflected in the use of plug-ins to enable new transaction types. Other platforms include these in the core, which lead to regular and mandatory hard forks.

“This way, any developer can implement a new type of transaction,” added Ivanov. “Any node can propagate these, whether or not they have the required plug-in to interpret it. This should lead to an Appstore-like ecosystem, as well and unprecedented flexibility.”

The WAVES ICO will start on 12 April and will end on 31 May, 2016. For more information visit http://wavesplatform.com/