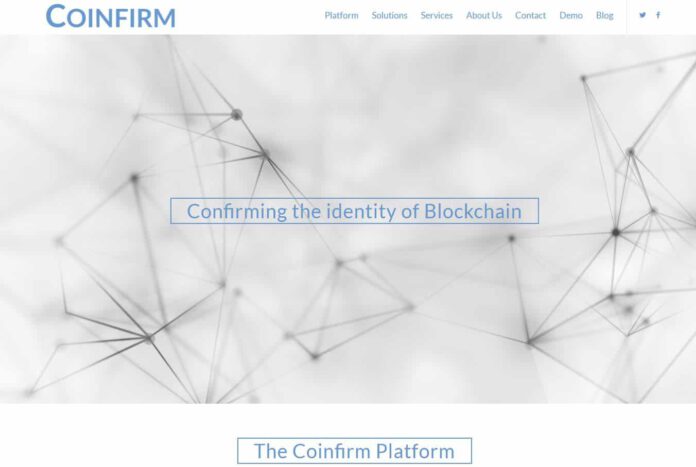 Coinfirm has launched their lab as the go-to hub for Blockchain technology development, research and collaboration in the region. The first in the history of CE, the Coinfirm Block Lab, will provid the opportunity for financial, regulatory and educational institutions to participate in the development of the revolution that Blockchain will create.

“It will be a great environment to work on solutions around Bitcoin, Ethereum, smart contracts and compliance but will address countless types of applications. Much like the Internet was in the 90’s, Blockchain is going to very quickly affect countless industries and become a significant part of the systems that run our daily lives. Development and access at this stage should not only be available to financial institutions or well funded companies but also governments, developers, universities and other startups,” said Paweł Kuskowski, Co-Founder of Coinfirm and expert in AML/KYC Compliance for Blockchain and digital currencies.

“Blockchain is probably the most important technology since the advent of the Internet and it’s crucial for everyone’s long term goals to be able to have access to this opportunity. The values of Blockchain are built on that sort of premise, that’s why we’re opening more Coinfirm labs across the world and are already partnered with entities in places such as Nigeria. Access to resources is one of the biggest factors in growth and success and the future is built on a more collective approach towards that access, whether it be the biggest bank or a single developer on the other side of the world,” Pawel added.

The lab will also serve as an ecosystem connecting members with top talent, startups, partners and investors from around the world and is already partnered with multiple financial institutions and entities including Bitcurex, one of the largest bitcoin exchanges in Europe.

Coinfirm is particularly focused on Blockchain identification, verification and globally automated compliance but the lab serves a much wider purpose.

Accelerating global adoption by providing partners the ability to test and develop independent and synergistic Blockchain applications through the lab and the Coinfirm platform is an important goal.

Many projects are currently in development within the Coinfirm Block Lab including the IDbity project, the “Blockchain Bug Bounty” program where developers are rewarded for finding system shortfalls, as well as applications for the unbanked world. The startup will address many more industries with implementable solutions through the lab as it continues to build itself up to be an international leader in Blockchain technology.

Coinfirm is a collective platform for the structural mass adoption of digital currencies and Blockchain technology. Utilizable for almost any potential application of Blockchain, the platform delivers a comprehensive verification and compliance system that provides valuable data and puts transaction parties on the safe side in terms of regulatory and fraud risk. As Blockchain pioneers and international compliance experts, Coinfirm is uniquely positioned to provide a global platform for Digital Currencies and innovative Blockchain solutions.