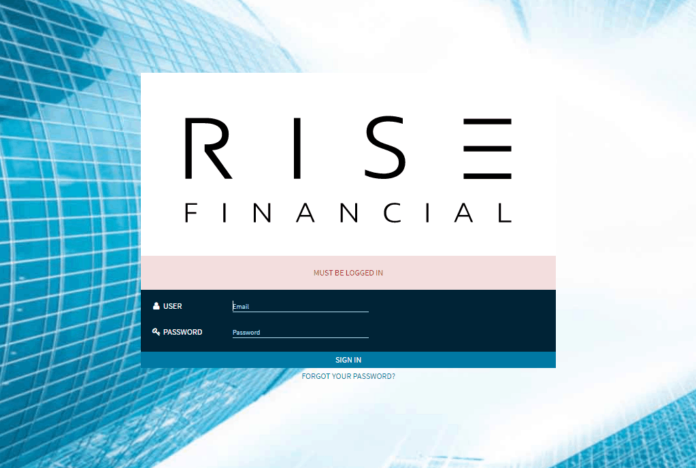 RISE Financial Technologies (RISE), a provider of distributed ledger technology for both post-trade settlement and securities safekeeping, has become the first technology firm to launch the second generation of blockchain for the post-trade sector.

“Distributed ledger technology is being hyped as the solution to fundamentally change the way key parts of the post-trade process – primarily clearing, settlement and safekeeping – work”, said Thorsten Peisl, CEO of RISE.  “But for this to happen, the technology has to be re-imagined and re-designed from the ground up so that its attributes are specifically matched to the particular needs of the post-trade sector.”

He continued: “RISE is the first firm to apply the next iteration of blockchain technology to settlement and securities safekeeping.”

RISE’s technology combines the best of traditional database technology, such as performance and confidentiality between trading counterparties, with key benefits associated with de-centralised ledgers such as data integrity or immutability.

“The firm has put a lot of thought into what is needed for successful deployment in terms of how to embrace industry standards, align with current regulation, and how to handle the governance of the network in future”, says Ruud Sleenhoff, a former Chairman of the EBF for post-trading and advisor to RISE.

RISE also confirmed that it is testing its solutions with a number of leading financial institutions including banks, custodians, and CSDs. It is expected that the outcome of the testing will be published in the second half of 2016.

The core attributes of RISE’s technology are de-centralised ledger qualities and permissioned transparency, which gives access to different types of information depending on who you are.  So investors have sight and control over their assets but not those of other participants; issuers have a view but no control into final beneficiaries; financial institutions (ledger operators/validators) have access to client information; and regulators have a complete view of the information in their jurisdiction in real-time but no direct control over the assets.

These qualities are applied to ensure any ‘single point of failure’ inherent in many technology systems is removed and guarantees data integrity. As a pure technology provider, there is no operational dependency on RISE itself.

RISE is also looking to set up parallel industry verticals where additional financial institutions will be invited to join the firm’s existing test network.

Established in 2014, RISE’s management team comprises senior executives who have previously worked at leading financial institutions including State Street and Deutsche Bank. At the beginning of 2015, RISE acquired Cryptosphere Systems, one of the first technology firms to specialise in distributed systems. In mid 2015, RISE engaged economics consultancy Oxera to explore regulatory and economic aspects of a distributed post-trade environment.

Facebook
Twitter
Pinterest
WhatsApp
Previous articleAcronis Plans Blockchain Data Protection Platform
Next articleUS Commodity and Futures Trading Commission Commissioner Calls DLT Biggest Innovation in A Generation
Richard Kasteleinhttps://www.the-blockchain.com
In his 20s, he sailed around the world on small yachts and wrote a series of travel articles called, 'The Hitchhiker's Guide to the Seas' travelling by hitching rides on yachts (1989) in major travel and yachting publications. He currently lives in Groningen, the Netherlands where he has set down his anchor to raise a family and write. Founder and publisher of industry publication Blockchain News (EST 2015) and director of education company Blockchain Partners (Oracle Partner) – Vancouver native Richard Kastelein is an award-winning publisher, innovation executive and entrepreneur. He has written over 2500 articles on Blockchain technology and startups at Blockchain News and has also published in Harvard Business Review, Venturebeat, Wired, The Guardian and a number of other publications. Kastelein has an Honorary Ph.D. and is Chair Professor of Blockchain at China's first blockchain University in Nanchang at the Jiangxi Ahead Institute software and Technology. He has over a half a decade experience judging and rewarding some 1000+ innovation projects as an EU expert for the European Commission's SME Instrument programme as a startup assessor and as a startup judge for the UK government's Innovate UK division. Kastelein has spoken (keynotes & panels) on Blockchain technology at over 50 events in 30+ cities.