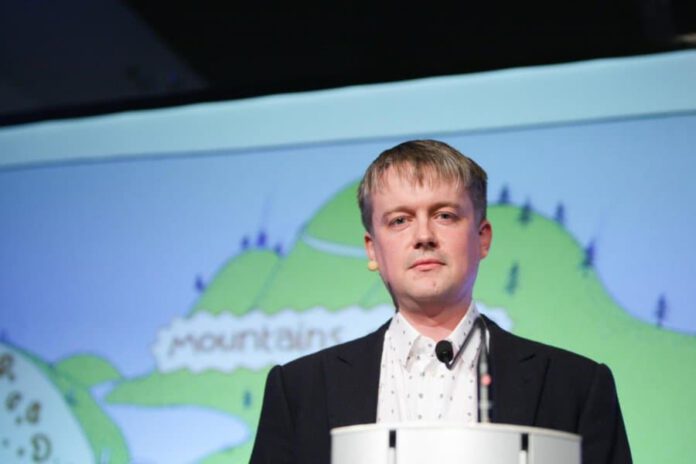 Jaan Tallinn is no stranger to distributed technologies – he’s considered to be one of the foremost experts on P2P technologies, and together with fellow Estonians Ahti Heinla and Priit Kasesalu worked out the core elements for Kazaa and Skype.

And now, according to a recent article in the Telegraph in the UK, Tallinn wants to save the world with Blockchain – and he has spent a year working out how the technology can be used to solve humanity’s biggest problems, from crime and corruption to deforestation and over-fishing.

“The interesting thing about Blockchain is that it has made it possible for humanity to reach a consensus about a piece of data without having any authority to dictate it,” Tallinn told the Telegraph. “Imagine if you could use this to solve bigger problems that require global co-ordination.”

According to the article,  he feels that Blockchain can solve the Tragedy of the Commons and came to this conclusion after reading Scott Alexander’s blog post – Meditations on Moloch.

The Tragedy of the Commons written by Garrett Hardin in 1968 in Science magazine focuses on how individually rational economic decisions can lead to environmental ruin. Using examples from early 19th century, agrarian England, his essay focuses on herders sharing a common parcel of land on which each is allowed to graze their sheep.  While overgrazing of the “commons” inevitably leads to the depletion/destruction of the parcel, each individual herder finds it in his/her economic interest to add an extra sheep or two to graze on the commons.  Thus can individually rational actions work to the detriment of all by destroying resources held in common. Essentially it’s about people’s short-term selfish interests at odds with long-term group interests and the common good.

“Shaming people into being virtuous doesn’t change behaviour,” claimed Mr Tallinn. “Incentive schemes, whereby people who have done the most good for humanity are rewarded 20 years into the future would create the expectation that doing long-term good is valuable.”

Tallinn, who is speaking at the International Festival for Business in Liverpool, is compiling a research paper on ways of using Blockchain to create more co-ordination mechanisms.

He is a proponent for the study of existential risk and has given numerous talks on the topic and h e feels humanity is not spending enough resources on long-term planning and mitigating threats that could potentially wipe us out as a species. Tallinn is also one of the founders of the Centre for the Study of Existential Risk, and the Future of Life Institute.

Facebook
Twitter
Pinterest
WhatsApp
Previous articleBryan Feinberg Interviews Vinny Lingham of Civic.com
Next articleIsraeli Blockchain Company Colu raises USD $9.6 Million
Richard Kasteleinhttps://www.the-blockchain.com
In his 20s, he sailed around the world on small yachts and wrote a series of travel articles called, 'The Hitchhiker's Guide to the Seas' travelling by hitching rides on yachts (1989) in major travel and yachting publications. He currently lives in Groningen, the Netherlands where he has set down his anchor to raise a family and write. Founder and publisher of industry publication Blockchain News (EST 2015) and director of education company Blockchain Partners (Oracle Partner) – Vancouver native Richard Kastelein is an award-winning publisher, innovation executive and entrepreneur. He has written over 2500 articles on Blockchain technology and startups at Blockchain News and has also published in Harvard Business Review, Venturebeat, Wired, The Guardian and a number of other publications. Kastelein has an Honorary Ph.D. and is Chair Professor of Blockchain at China's first blockchain University in Nanchang at the Jiangxi Ahead Institute software and Technology. He has over a half a decade experience judging and rewarding some 1000+ innovation projects as an EU expert for the European Commission's SME Instrument programme as a startup assessor and as a startup judge for the UK government's Innovate UK division. Kastelein has spoken (keynotes & panels) on Blockchain technology at over 50 events in 30+ cities.