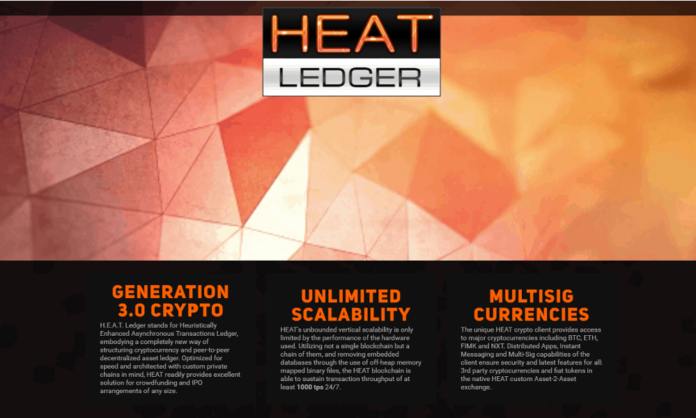 The Decentralised Conglomerate and its network of services comprising among others the ICOO (ICO OpenLedger) assets is now launching their next project in the form HEAT, a Blockchain 3.0 platform. By partnering with HEAT Ledger Ltd, the Decentralised Conglomerate has already opened with a HEAT pre-ICO crowd-sale on OpenLedger while the official ICO of HEAT starts today the 11th of July.

Heuristically Enhanced Asynchronous Transactions (HEAT) Ledger is a new way of structuring cryptocurrency and P2P decentralised asset ledger. Designed for crowdfunding and IPO solutions, the platform is built for custom private chains along with speed optimisation. It is built on Java and based on NXT.

HEAT is capable of handling over 1000 transactions per second (on legacy hardware) and supports unlimited scaling. The faster transactions are made possible by block generation of times as less as 20 seconds with both Proof of Stake and Proof of Work consensus protocol support. HEAT Ledger incorporates distributed services architecture, allowing developers to build micro services and bots in multiple languages. The platform also supports paper wallets, custom tokens, multiple cryptocurrency support on the client end and more.

The Crowdfunding and IPO Capabilities of HEAT includes:

The people behind HEAT, Svante Lehtinen and Dennis de Klerk have previously worked together on FIMK 2.0 as well. They are optimistic about their upcoming ICO after witnessing Lisk and Waves raise over $5.5 million and $16 million respectively.

“To give you a brief overview of the tech scale we’re operating in: nearly everything that Waves claims it will do in the future has long been possible with FIMK. The decentralized apps offered by Lisk will be possible with HEAT, plus a lot more.”. On top of it, all HEAT tokens are provided via attractive IPO structured commercial entity instead of the standard, simple ICO structuring,”

List of services and assets included in the Decentralised Conglomerate includes:

ICOO, which is currently running its own crowdfund, purchases a proportion of the new initiative’s tokens, helps it raise money, gives it publicity, and allows ICOO assetholders to profit from subsequent rises in value.

A similar strategy has been successfully used by DigixDao, Lisk and DAO in the past. Investors can buy ICOO tokens on OpenLedger in advance by paying through any one of the multiple payments channels offered by CCEDK and OpenLedger. The funds collected from the ICOO pre-sale will be held in an escrow account until the ICOO cryptotokens are converted into actual ICO tokens.

Ronny Boesing, the CEO of CCEDK explains the Decentralised Conglomerate and their plans for the future:

“We’re looking to provide a complete package of services here. We have a number of companies on hand to help entrepreneurs and promote their crowdfunding campaigns, all in a mutually beneficial relationship. If their project does well, so does the Decentralised Conglomerate – we align incentives between all the stakeholders, so everyone is happy.”

The key benefit of ICOO fund is that it allows holders to exit their stake in a project before it launches – in stark contrast to traditional crowdfunding, where investors are stuck with their pledge and may have to wait for months before they can sell.

Startups looking to raise funds through ICO and ICOO can register for their services on the newly revamped CCEDK website, which is also the access point to the ICO subscribe option as well a where it is possible to see which ICO’s are LIVE.

How to Participate in OpenLedger ICO Prelaunch:

OpenLedger is a peer-to-peer cryptocurrency platform acting as the host, skeleton and tool for constant innovation. Designed for high-speed transactions, allowing users to trade assets in near-real time, securely and with ultra-low fees. It is created by CCEDK, a well-known Danish cryptocurrency exchange. It allows users to convert bitcoin to fiat pegged SmartCoins which can then be withdrawn in multiple ways.

OpenLedger is built on top of the MIT-licensed Graphene technology of BitShares 2.0 and acts as the foundation for the Decentralized Conglomerate: an ecosystem of interlinked and mutually-supporting companies. It is also known as the DEX – The Decentralized Exchange. 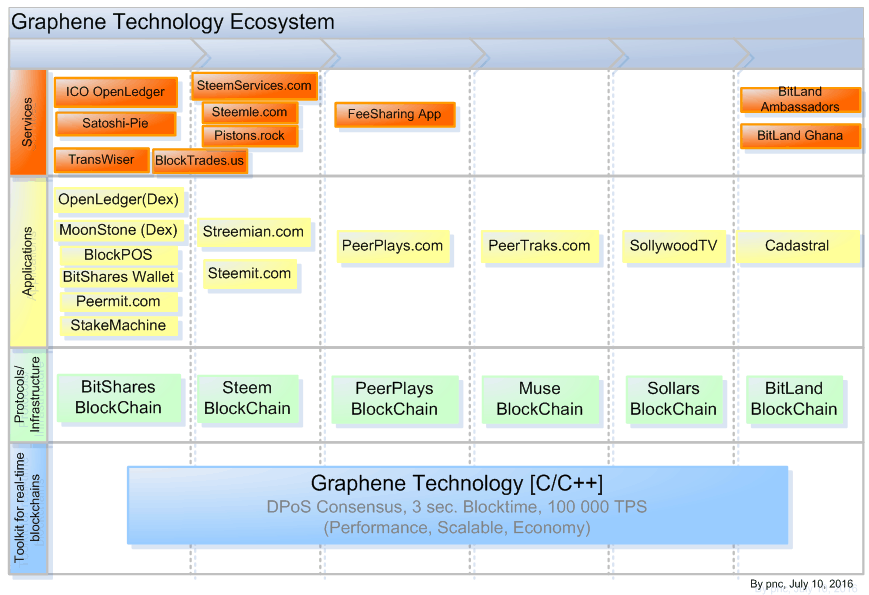