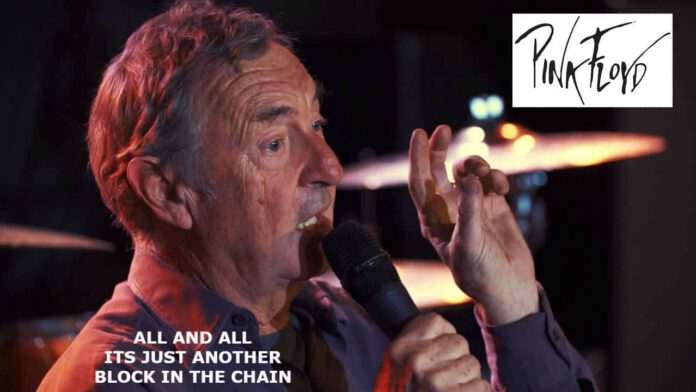 The recently released  “Music on the Blockchain” report from a research group at Middlesex University, is the most in-depth look so far at how the music industry can benefit from Blockchain technology and via four different key approaches, the report looks succinctly dissects the threats and opportunities, challenges and approaches to potential success.

Nick Mason drummer of Pink Floyd leads off in the foreward to the report.

“If Blockchain technology can help the commercial and contractual relationships in music keep pace with technology and the communication between artists and fans then it could be truly revolutionary,” writes  Mason.

“Distributed Ledger Technology (DLT), or ‘Blockchain’, has started to receive increasing media attention and investment from several sectors including governments, financial services and the creative industries. The potential application in relation to music is of particular interest, as it appears to offer solutions to problems artists have highlighted for decades – around transparency, the sharing of value and the relationships with intermediaries that sit between the artist and fan, the central and most important relationship in music.”

Any piece of recorded music contains at least two copyrights: one for the sound recording itself, relating to the performer and the record label, and one for underlying words and music, relating to the songwriter or composer and the music publisher. These could be stored on the Blockchain, via a cryptographic hash. Improvements in authorship and attribution alone, however, would not overcome the fact that there is no single database that documents ownership of all song and recording copyrights. Instead, there are numerous databases, none entirely comprehensive; information can vary between one database and another, with no central authority to settle conflicts. Each individual database must be contacted in order to correct any errors.

Royalty payments, for both the sound recording and the underlying words and music, are often slow, taking months or even years to reach the bank accounts of rights holders. Given that fans can listen to tracks at the click of a mouse, this seems archaic. ‘Friction’ is an issue too since, by the time the money reaches rights holders, more than one performance rights organisation, or PRO, may have deducted administrative fees (Rethink Music 2015, p20). Blockchain technology has the potential to change this situation in various ways. Firstly, the low transaction costs of cryptocurrencies, which have a large range of denomination, typically to eight decimal places, make micropayments feasible. This is particularly important given the small size of typical payments in the streaming era. It would also allow content creators to receive ‘tips’, even in very small sums. Tapscott and Tapscott (2016) suggest that the blockchain could also allow for the ‘micrometering’ of streamed content such as videos: thousandths of a penny for milliseconds of video. It remains uncertain, however, whether consumers will pay for streams, which are currently more typically monetised through subscription or advertising models.

3. Transparency Through The Value Chain

There is a lack of transparency in the value chain for recorded music. ‘Significant funds are often paid to the wrong party’, while ‘large pools of royalty revenue end up outside the artist’s reach in a so-called “black box” – where rightful owners of royalty revenue cannot be accurately identified because of a lack of an industry-wide system for tying usage to ownership’ (Rethink Music 2015, pp 3-4). And since the specific details of many streaming deals are hidden behind non-disclosure agreements, it is difficult for artists and songwriters (or their managers) to assess whether labels, publishers or collective management organisations are processing payments efficiently (Cooke 2015). Perhaps the most ingenious aspect of Bitcoin was that it produced a practical working solution3 to the so-called Byzantine Generals Problem (Lampert et al 1982), essentially the problem of exchanging information over an unreliable and potentially compromised network. Nakamoto’s solution used a ‘proof of work’ algorithm (Back 2002) to achieve consensus without, crucially, requiring a central trusted authority or intermediary to verify the transaction. This could radically transform a culture of ‘black boxes’ and non-disclosure agreements, bringing transparency throughout the value chain.

Seed funding – often a crucial step between start-up and venture capital investment – is a major challenge in the record industry. Blockchain technology could help in three ways. Firstly, despite some growth in alternative funding models such as Seed Enterprise Investment Schemes (SEIS) and crowdfunding platforms, access to capital for artists attempting to operate without a record label remains limited. This is in part because of the difficulty of understanding a clear pathway to profitability for some artists and of effectively assessing, and therefore pricing, capital. The transparency inherent in delivery of music via the blockchain could improve investor ability to monitor activity and investment outcomes, facilitating the modelling of likely returns and potentially affecting the pricing of capital.

Particularly in terms of storing music copyright data, fast and frictionless royalty payments, transparency through the value chain and access to new sources of capital, blockchain technology does seem potentially transformative. Whether a shift to a networked record industry actually comes to pass, of course, is another question entirely. Certainly there is a need for further research into the possible benefits of blockchain technology for the record industry, in particular to explore the extent to which blockchain technology can co-exist with current contractual and copyright systems. Equally, possible barriers to, and disadvantages of, adoption must be explored in greater detail. More broadly, research needs to be extended to potential applications of the technology in those music industries not directly related to recorded music – and, indeed, in other creative industries entirely. This will provide the agenda for our own future research.