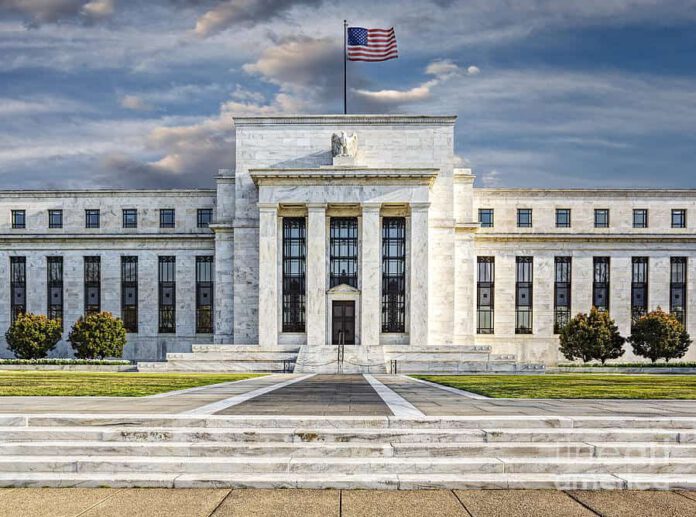 The US  Federal Reserve plans to publish a paper later this year outlining its views on the start-up financial innovations sweeping the banking sector, said Fed Gov. Lael Brainard speaking at the Institute of International Finance’s annual meeting in Washingto last week, said the Fed recognizes Blockchain “may represent the most significant development in many years in payments, clearing, and settlement.”

He noted that the central bank has set up a working group conducting a “360-degree analysis” of financial innovation and talking to industry stakeholders about the uses of Blockchain.

Curently, banks have been testing applications of Blockchain  for trading derivatives, as a way to replace existing systems that require each party to a trade plus a central clearinghouse to record the trade – mainly through organisation and platforms such as R3 and Hyperledger. These new Blockchain-based networks can allow banks and regulators to share a single record of a trade over a network.

“Let me briefly mention a few of the use cases that we have explored in our discussions with industry stakeholders in order to illustrate the potential of distributed ledger technologies to improve payments, clearing, and settlement, as well as the considerations that are important to us in our assessment of benefits and risks.”

“In cross-border payments and trade finance, significantly faster processing and reduced costs relative to the long and opaque intermediation chains associated with current methods of correspondent banking are promising potential benefits of the technology. Reducing intermediation steps in cross-border payments may help decrease time, costs, and counterparty risks and may materially diminish opacity, for instance by enabling small businesses or households remitting payments across borders to see the associated transfer costs and processing times up front. “

“In trade finance, where document-intensive processes are not fully automated, distributed ledger technology may be able to reduce significant costs and speed up processing associated with issuing and tracking letters of credit and associated documents. To see the full potential of this technology realized for cross-border payments, it will be important to identify and track identities associated with the transactions, which in itself may be facilitated by the use of distributed ledgers, depending on their design.”

“In securities markets, the industry is exploring activities ranging from the issuance of securities on a distributed ledger, to the clearing and settlement of trades, to tracking and administering corporate actions. For securities clearing and settlement in particular, the potential shift to one master record shared “simultaneously” among users of a distributed ledger-based system could be compelling. Sharing one immutable record may have the potential to reduce or even eliminate the need for the reconciliation of multiple records linked to a single trade among and between dealers and other organizations. In concept, such technology could lead to greater transparency, reduced costs, and faster settlement. Likewise, distributed ledgers may improve collateral management by improving the tracking of ownership and transactions. Nonetheless, as is frequently true in the complex arena of payments, clearing, and settlement, we can also expect that practical details covering a host of technical, business, and market issues will have an important role in determining how new technologies ultimately perform.”

“For commodities and derivatives, there are projects to streamline some of the more antiquated corners of the markets. In markets that are heavily paper-based and lack any central means for coordination, distributed ledger technology could potentially be leveraged to provide coordination that facilitates exchange, clearing, and settlement of obligations.”

“A related development is the potential coupling of distributed ledger protocols with self-execution and possibly self-enforcement of contractual clauses, using so-called “smart contracts.” To take a familiar example, for a corporate bond with a specified par value, tenor, and coupon payment stream, a smart contract would automatically execute payments on the specified schedule to the assigned owner over the life of the bond. Although the idea of automating certain aspects of contracts is not new, and banks do some of this today, the potential introduction of smart contracts does raise several issues for consideration. For example, what is the legal status of a smart contract, which is written in code? Would consumers and businesses rely on smart contracts to perform certain services traditionally done by their banks or other intermediaries? Could the widespread automated interaction of multiple counterparties lead to any unwanted dynamics for financial markets? These and other considerations will be important factors in determining the extent of the application of smart contracts.”