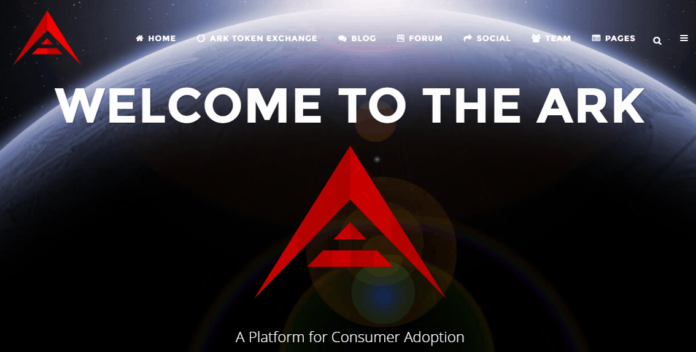 The team behind ARK Crew, responsible for the research and development of unique use cases for Blockchain technology are rolling out the ARK Token Exchange Campaign (TEC) public.

The TEC is slated to begin on Monday, November 7, 2016, and go on until Sunday, December 11, 2016. The details include information about ARC TEC ICO, distribution of ARK tokens, early bonus and bounty programs.

During the 34-day long campaign, the platform will be offering a total of 93,750,000 ARK, which is 75 per cent of the 125 million yet to be generated tokens to the backers. Upon successful distribution, remaining 25 per cent of the ARK tokens will be reserved for the ARK Team (15 per cent), ARK Shield (7 per cent), bounties (2 per cent) and escrow (1 per cent).

The upcoming ARK TEC will accept Bitcoin (BTC), Lisk (LSK), and Altcoins supported by Shapeshift crypto platform in exchange for ARK tokens which will be made available at the launch of ARK Network in early 2017. The ARK Team has unveiled an aggressive bonus structure, especially for Lisk. Lisk users can claim a 120 per cent bonus during the first 24 hours of ARK TEC, with an exchange cap of 22 million LSK. Interested investors can participate in the ARK TEC here.

ARK is a new cryptocurrency ecosystem focused on consumer adoption through a series of innovative core technology advancements, practical applications for everyday use, and strategic partnerships with industry leaders. By utilizing the ARK SmartBridge, ARK will be able to link together existing Blockchain technologies into the ARK Ecosystem and build a robust platform that will bring a new level of user interaction.

The ARK Crew is a community driven development team of 30+ individuals located in 15 separate countries, dedicated to the success of the ARK Ecosystem and the next generation of integrated cryptocurrency and Blockchain solutions. With diverse backgrounds, including engineering, medicine, education, front-end, and back-end development, the ARK Crew has a robust team of diverse experts unlike any other in the space.