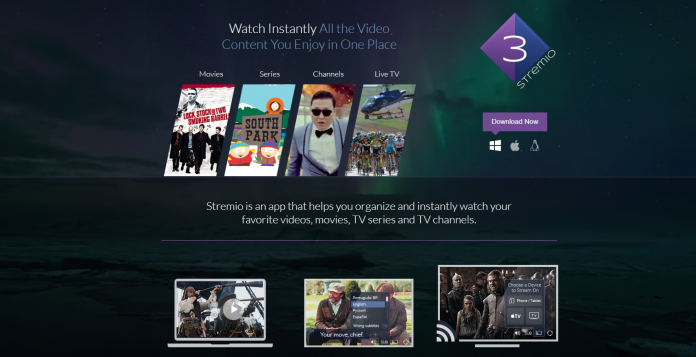 Stremio , a company that designs media center software for video entertainment focused on user experience and  ease of use has chosen WINGS, a decentralized platform to create, crowdfund, join and manage projects using Blockchain and smart contracts, for their AdEx crowdfunding campaign which will use smart contracts and tokens.

Stremio’s AdEx will provide the unique value proposition of a completely transparent ad marketplace making it possible for the first time to audit the fairness of the advertising bidding process, and optimize bidding patterns – something proprietary systems refuse to offer.

WINGS combines decentralized decision-making using forecast markets for filtering out low-quality projects, valuing projects and project milestone risk assessment, while making all of this easily accessible to anyone with a smartphone via popular IM systems such as Telegram.

The projects launched using WINGS use a new coordination technology that combines Blockchains and smart contracts and is termed as “decentralized autonomous organization” (DAO). With WINGS projects are first vetted and valued by a global community before moving to the crowdfunding stage; All received project funds are kept in individual smart contract enforced escrows while participants have the ability to get involved in project governance.

“We are very excited to go with WINGS as the platform of the upcoming Stremio crowdsale. The ease of use and support of Bitcoin and RSK smart contracts are vital for us,” said Ivo Georgiev, CEO of Stremio. “Stremio will offer a decentralized advertising network, AdEx, that creates a real alternative to the established advertising ecosystem by enabling transparency and trust like never before.”

Understanding the potential of going beyond the current capabilities of the proprietary ad marketplace, and carving a new niche of the multi-Billion online media market, Stremio decided to research the possibility of creating ad marketplace on top of one of the most important inventions of the last years – the Bitcoin Blockchain.

“We’re pleased to have Stremio’s AdEx as the first project to be presented to the WINGS DAO community for review, evaluation and funding,” said Stas Oskin, WINGS Core Developer. “Like Stremio we believe that Blockchain technology can provide a unique advantage over traditional business models by enabling transparency, optimization, and openness for market participants.”

Public Blockchains are perfectly suitable for this task, as they eliminate the need for the advertisers and publishers trusting each other. By using smart contracts, it is possible to implement the ads market model in a decentralized fashion, and the latest emerging micro-transactions technologies, enable a fast bidding process.

Realizing the need for a global community to be involved in the operations and promotion of AdEx Stremio decided to offer a unique chance to be a part of AdEx. The economic activity on the ad marketplace will be represented via Stremio AdEx tokens, which will be used by the advertisers and publishers in order to facilitate bidding, and exchange financial value between fiat and ads inventory.

The WINGS Foundation has raised 1500 BTC to date from over 1000 supporters to take project evaluation, funding, and management to another level – join at https://fly.wings.ai.

AdEx plans to start its crowdfunding campaign in early 2017, sign up at http://adex.network and get notified of developments and bounty opportunities.

Stremio focuses on the creation of innovative video solutions utilizing peer to peer network and video technologies. Stremio has raised seed funding from the Bitcoin giant BitmainTech in August of 2016. The company boasts over 500,000+ active users, over 3,000,000 downloads of the Stremio application, and adding over 100,000 new user sign-ups monthly. For more information, visit the company’s web site at www.strem.io.

The WINGS Foundation is based in Switzerland and comprised of a decentralized team of Blockchain professionals aiming to bring Blockchain-enabled projects to the mainstream. WINGS makes DAO technology accessible to entrepreneurs and companies who are looking to leverage the global reach of bitcoin and other Blockchains for project funding, the power of swarm intelligence powered forecast markets for higher quality decision-making, the versatility of smart contracts for a global decentralized agreement framework, and the ease of use of the instant messengers for audience reach.  For more information, visit the WINGS website at wings.ai.