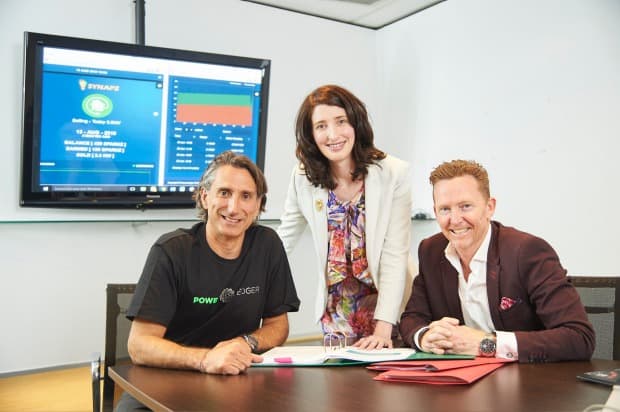 Hip, cool and young Australians are expected to flock to a complex chock full of new solar-powered one-bedroom apartments recently developed by Landcorp, the development arm of the government of Western Australia – and even more interestingly, they will be able to trade excess solar power with their neighbours in the new complex using a peer to peer energy trading platform developed on the Blockchain by Australian Blockchain Startup Powerledger.

According to a report by the Australian Financial Review:

Landcorp, the development arm of the government of Western Australia, is offering three one-bedroom apartments in the Gen Y development at an old school site in the Fremantle suburb of White Gum Valley complete with shared solar panels and a large battery.

The purchasers – expected to be young people paying about $400,000 for each apartment – will be able to trade their surplus share of the solar energy with each other over a secure blockchain platform hosted by Perth startup Power Ledger.

Not only with the tenants be able to sell excess power at a higher rate than they can sell it to the grid – Powerledger’s Blockchain-fueled peer-to-peer energy trading system offers extra backup batteries to the power grid – as intermittent wind and solar energy contracts and expands depending on weather conditions. This can therefore can free up some reliability on dirty coal power generation to keep the power supply stable.

The project is a clear challenge to Australian energy providers such as AGL Energy, Origin Energy and Energy Australia to move more quickly on their own renewable energy strategies as this kind of technology can disintermediate their position in the market and sends a signal that Uber and Airbnb are not the only projects around that have potential to reshape entire industries.

Peer to peer energy trading on the Blockchain has the potential to actually remove a fair chunk of the commodity traders currently positioned in most energy markets who often don’t add much value to the market in terms of local employment and add unnecessary markup on the consumer costs for energy.

More from the AFR report:

Most apartment-dwellers have been locked out of the solar energy revolution because they don’t control their roofs and metering in apartment blocks typically doesn’t allow solar power to be fairly allocated among occupants.

Power Ledger’s blockchain platform will credit and charge Gen Y occupants and others for the solar power they buy and sell. Power Ledger is also planning trials of its blockchain-based energy trading platform at a retirement village in Busselton in southwest WA, and New Zealand. It hopes soon to ink a deal with a major power distributor in Victoria.

The Gen Y apartments come with 9KW of solar panels and 10KWh of batteries supplied by China’s BYD, which also produces electric trucks and vehicles and counts investment legend Warren Buffett among its major investors. The federal green bank, Arena, funded half the solar panels and batteries.

In an article in the New Scientist, Powerledger co-founder Jemma Green says she was inspired by a similar project in Brooklyn called TransActive Grid. More than 100 buildings have been enrolled in that project, says LO3, the company behind TransActive Grid. It is looking into starting trials in Europe and Africa.

“I think that there are going to be hundreds of blockchain energy companies springing up in the next couple of years,” says Lawrence Orsini, founder of LO3 Energy. “It’s going to be a really interesting time in the energy space.”

New York-based LO3 Energy, a startup which is pushing toward the development of a community microgrid detached from the larger U.S. electricity grid sees blockchain technology to make a telling impact in the energy industry, at a time when there is an increased focus to move away from fossil fuels.