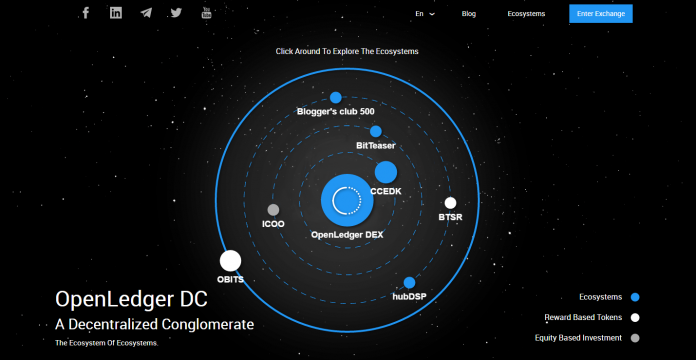 Openledger has announced that the Incent token (INCNT) and its Loyalty Program together with the platform Waves and its cryptocurrency (WAVES) can now be traded on OpenLedger and is offered in auto mode with deposit and withdrawal option.

It was created in a partnership between cryptocurrency directory and merchant hub BitScan and custom Blockchain token platform Waves with the goal of making loyalty programs easy for businesses of any size to create. Unlike traditional mainframe, client-server, or even cloud-based solutions, Incent lets merchants choose their level of reward, then pools it with rewards across the network so there is no contingent liability. Incent represents the first high-profile development built upon the Waves Platform. BitScan has already developed the proof-of-concept wallet for Incent, and has more than 9,000 merchants who accept Bitcoin in its directory, providing a viable market for the first phase of Incent’s market entry.

WAVES, a versatile new custom tokens platform launched their ICO earlier this year. They raised an incredible $16.000.000 USD in Bitcoin.

The Waves Platform recently released its full node code, allowing anyone to take part in the decentralized process of block creation. Although there have been some delays, the Waves team say they value security and functionality above anything else, as the community observed through the bug bounty campaigns hosted that helped eliminate several weaknesses in the Waves network. While an important milestone was reached, Waves started working on decentralized 2FA prototype to improve security for their partners, users and clients, the source code is available already on GitHub.

Waves is the first production system being built on top of the Scorex framework and its assets are structured on a simplified payment verification (SPV) scheme that is based on improved authenticated dynamic dictionaries approach, which allows the system to scale with ease. Furthermore, a combination of the DPOS (Delegated Proof of Stake) and LPOS (Leased Proof of Stake) approaches will allow for processing the transactions faster and more efficient. Although Leased Proof of Stake is not yet available, it will be one of the most important features in the Waves Platform, allowing anyone to receive interest on their holdings by leasing their mining power to a full node, while having tokens secured in the personal account all the time. Please join the network by following the official guide and configuration process that can be found on github.

Once the market is up on the Waves platform Incent is setting a sort of exit option at a guaranteed buy back rate of 5000 INCNT per 1 BTC in connection with all their future operations incl. their ICO order module, therefore they are  offering the first 105 000 INCT tokens at a special price of 7000 INCT per BTC spread out on the above 5 markets (21 000 on each) on OpenLedger. Half of any amount received at this price will be added to the buy walls of every market to support future liquidity.