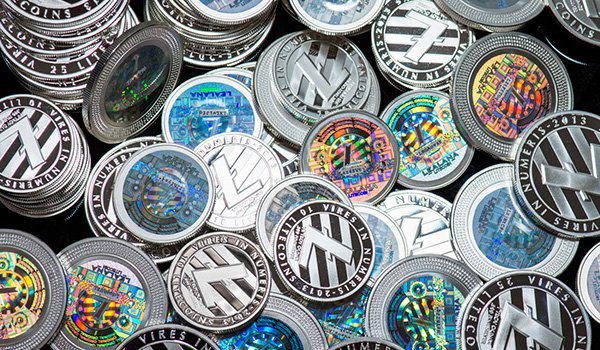 As the cryptofinancing world continues to expans and the roster of minted altcoins is approaching one thousand, marketing has become one of the most relevant parts of a new coin’s birth. There are coins of almost every hue on the market and… so – what the heck – slapping a national flag on one sounds like just another reasonable business model. Let’s look a good look at this emerging genre.

National altcoins occupy a very specific and somewhat restricted niche in the crypto-scene a they are specifically marketed as unofficial currencies of existing territories or nationalities, which gives them a kind of subversive and anarchic flavour.

Some call them “local cryptocurrencies”, which is a misnomer considering they are easily accessible by anyone anywhere via digital exchanges.

Unfortunately, far too often they end up pretty much abandoned by their initial community, with tumbleweeds rolling around their Bitcointalk forums – and merely become a toy for pumpers, cryptosharks and grifters. But let us not treat them as mere casino chips for market barracudas and look into their very heart, where purest of intentions are of course veiled.

What’s under the hood?

Despite this being their primary purpose, many digital numismatists forget that altcoins can actually carry out a role of complementary local currencies in depressed communities or locales where the demand for an alternative economy is high for various other reasons.

A fine example of the former would be MazaCoin issued by seven impoverished Lakota tribes who felt left out of the national economy. The latter can be illustrated by a slew of altcoins with national branding minted in 2014-2015, the most iconic and successful of which was arguably AuroraCoin. Iceland’s economy at the time was not in dire straits per se but Icelanders did feel largely disappointed in traditional financial institutions ever since the financial crisis. This disappointment can clearly be linked to the coin’s value. For example, AUR’s sudden climb last April coincided with the Panama papers leak and Prime Minister’s ensuing resignation.

Another big reason behind these coins’ existence is the fact that as technology becomes accessible and easy to replicate, various groups can and will use it to make political statements or play identity politics.

National altcoins often appear in communities where separatist sentiments are strong as a (thinly) veiled statement and a shot at a sovereign currency at the same time. CatalonianCoin and ScotCoin are the most obvious examples.

There are also other communities looking at altcoins and are ripe for them. Vít Jedlička the president of the rogue Libertarian micronation Liberland has been rumoured to be on the prowl for a team to do an ICO. And there’s also been whispers of Burning Man creating their own cryptocurrency, which is of course a hotly debated topic as they don’t use money in their popup annual extravaganza, it’s notoriously all about barter. Having said that, it makes total sense for both nation/communities to cleave further from conventional nation states by adopting their own coin.

Most national altcoins though just serve as a symbol, identity meme, proving that tribalism is still as strong a consolidating force as innovation. For instance, an inconspicuous Dash fork has just beaten its parent coin in sheer number of functioning masternodes. Why is it suddenly so big? It’s a Russian altcoin named Siberian Chervonets (SibCoin), backed by patriotic Russian crypto-anarchists who are rather numerous.

Even in Russia, Blockchain is seen as a solution to corruption and bureaucratic inefficiency by many as is evident by the Russian government eyeing Blockchain potential for the national payment system and the Sberbank joining Apache’s Hyperledger project not to mention the Moscow recently announced Bank of Russia’s Deputy Chairman Olga Skorobogatov said they have no further plans to ban cryptocurrencies.

But still… due to the current political tensions and general mistrust towards big ideas coming from the West, many Russians have been reticent to adopt bitcoin and needed something familiar and relatable to introduce them into the world of Blockchain. SibCoin seems to have filled the role very well –  for the Russian crypto-community.

There is no doubt that we shall see more of these projects popping up and while “identity” and “local community” remain relevant concepts, locally branded cryptocurrencies will not lose their appeal.

Recent Pesobit’s (a Philippine altcoin) ICO showed that national coins are still in the game and are willing to adapt to rapidly changing standards of the industry.

Some pundits scream it’s a conservative reaction – an attempt to return to the era of national currencies while bitcoin is pushing the agenda of futuristic global currency.

On the other hand, these altcoins are performing an important mission proliferating the concept of Blockchain currencies in local communities using relatable and down-to-earth familiar brands. And building a strong grassroots community is the primary goal for every coin and eventually for the entire global crypto-scene.  Perhaps national altcoins are just another small step towards Blockchain’s domination in finance? Time will tell.