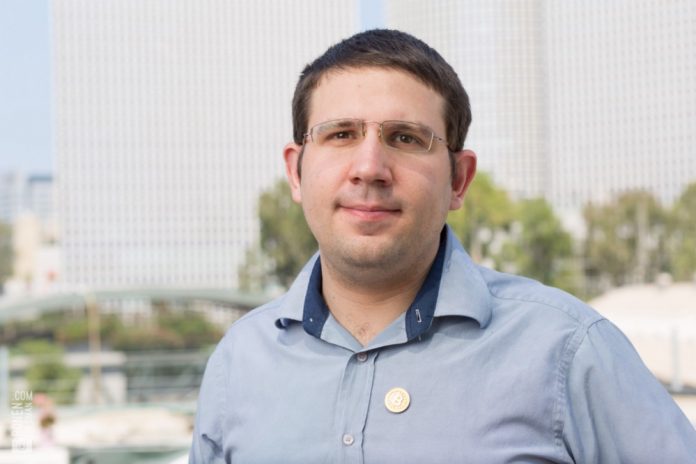 The Bancor Protocol, a new Blockchain project that plans to introduce a novel standard for the creation of intrinsically-tradeable cryptocurrencies or ‘Smart Tokens’, has announced the addition of mathematician and Israeli Bitcoin Association Chairman Meni Rosenfeld to its advisory board.

Rosenfeld, who has studied and discussed Satoshi’s Bitcoin white paper from a mathematical perspective, closely examined the concepts presented in Bancor’s white paper.

“I was skeptical at first about the merit in trying to come up with new ways to provide market liquidity. As I explored Bancor’s approach, I was pleasantly surprised to realize the value it can bring, as simple as its main ideas are,” said Meni Rosenfeld. “Bancor can offer real advantages over previously known systems, and I’d like to help it do so. This is why I accepted an advisory role and am looking forward to being an active mentor to the team and initiative.”

Rosenfeld is a mathematics M.Sc. graduate of the Weizmann Institute of Science. After completing his studies in 2009, Mr. Rosenfeld became the head of research at SimilarWeb, where he was in charge of developing algorithms for measuring connections between websites and analyzing web traffic. He discovered Bitcoin in early 2011 and soon after founded Israel’s first Bitcoin exchange service, Bitcoil, while performing mathematical research on the algorithms that underlie the functioning of the Bitcoin and blockchain system.

He became chairman of the Israeli Bitcoin Association in 2013 and will advise Bancor executives as the company develops its technical solution for the liquidity challenge faced by the long tail of cryptocurrencies.

“We’re honored to have a professional of Mr. Rosenfeld’s stature and expertise on the Bancor Protocol advisory board,” said Guy Benartzi, Co-founder of Bancor. “Meni has already been an invaluable asset as we composed our white paper and token pricing formulas, and we look forward to his guidance as we continue to build Bancor.”

The startup will also be launching an Initial Coin Offering (ICO) also known as a Token Sale or Crowdsale will begin on May 30, 09:00 GMT.

The Bancor protocol is a standard for the creation of Smart Tokens, a new category of cryptocurrencies which are intrinsically tradable. Starting on the Ethereum public blockchain, Bancor utilizes a new method to enable built-in price discovery and an automatic liquidity mechanism for Smart Tokens, without the need for matching two parties in an exchange. The Bancor Protocol creates a new type of interconnected asset exchange ecosystem, and unlocks the long tail of user-generated currencies. To learn more, please visit: www.bancor.network/