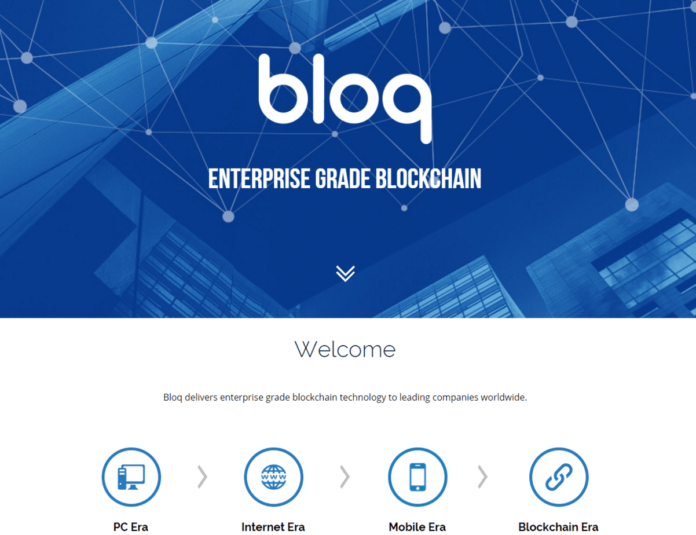 Bloq, a leader in the development of enterprise-grade Blockchain solutions, has launched BloqLabs to expand its ongoing sponsorship and support of critical open source projects in the bitcoin and Blockchain ecosystems.

“In the 1900s, Bell Labs become known as the ‘The Idea Factory’ for global telecommunications,” said Jeff Garzik, CEO and Co-founder of Bloq. “BloqLabs can set the tone for the Blockchain era and ensure enterprises are tapping into every innovation from our vibrant community of developers.”

BloqLabs launches with several foundational projects and platforms being supported and developed by Bloq, in addition to its own technology. These projects include: Drivechains, Qtum, VeriBlock, bitcoinj and the Android Bitcoin Wallet.

Andreas Schildbach, developer at Bloq and a fixture in the bitcoin community for developing the first bitcoin wallet for Android, maintains the bitcoinj repository primarily used in bitcoin wallets and transaction services globally.

“Open source is at the core of Bloq’s DNA, as both a patron and developer,” said Schildbach. “I’m grateful for Bloq sponsoring work in open source Blockchain software.”

Paul Sztorc is an economist at Bloq and chief architect behind Drivechains, a technology that allows a given Blockchain system to temporarily mimic the properties of a rival, which ensures complete interoperability among all Blockchain networks.

“The record is clear: open source is the way to go – it’s better, faster, and more secure,” said Sztorc. “I’m thrilled to have Bloq sponsor the project, few companies are this generous.”

“Businesses have been exploring Blockchain technology for years now, but without widespread adoption. BloqLabs aligns with Qtum’s goal to bridge the gap between the business and technical worlds with open-source solutions that meet the commercial needs for privacy, security, and most importantly, usability,” said Patrick Dai, co-founder of the Qtum Project.