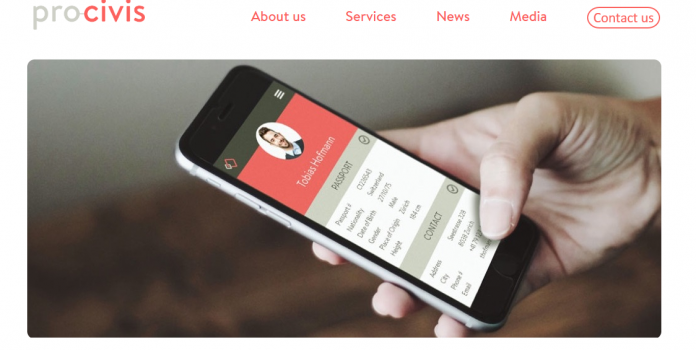 Four months after its public launch, Swiss e-government startup Procivis has released the beta version of its integrated electronic identity and services platform. The fully functional software is ready for piloting and designed to integrate Blockchain-based smart contract capabilities as soon as the underlying technology has matured. Procivis further announced it will provide free access to its solution for partnering NGOs and intergovernmental organisations to support their work in the developing world.

The beta version of Procivis’ integrated electronic identity and services solution, called “eID+”, is available as of now. The platform allows the issuance, management and integration of electronic identity services. At the heart of the solution is a mobile app that allows citizens to create and manage their electronic identity, and access related services. These include secure and convenient login to websites using two-factor authentication, and the electronic signing and safe storage of documents.

Verification providers, such as state authorities or their delegates, can access the platform on a web backend to attest the correctness of personal data stored as part of a citizen’s electronic identity. An application programming interface (API) allows third parties to validate the verification status of such information, adding security and speed to their processes. A second backend allows website operators to set up seamless onboarding and login for their applications using eID+ as well as the upload of documents for electronic signing by eID+ users.

Among others, Procivis is in talks with several Swiss cantons, different agencies within the United Nations and the World Bank to discuss the implementation of Procivis in a pilot setup. Procivis founder and CEO Daniel Gasteiger said: “The high level of interest we’ve been registering since the launch of Procivis early this year reflects the sense of urgency among both governments and international organisations to establish a solid foundation for the digitisation of our society. We expect to roll out the first pilot implementations based on our current solution within the next six months.”

In keeping with its vision to empower citizens across the globe by providing them with a trusted electronic identity while giving them full control over their personal data, Procivis has announced it will offer free access to their solution to a group of NGOs and intergovernmental organisations it is in discussions with, including different UN agencies, the World Bank and the Red Cross.

Procivis is a Swiss venture founded in autumn 2016 by Blockchain entrepreneur Daniel Gasteiger. The company is developing an “e-government as a service” platform to enable the digitisation of societies and the provision of online public services across the globe. Procivis has released the beta version of its eID+ platform in May 2017.