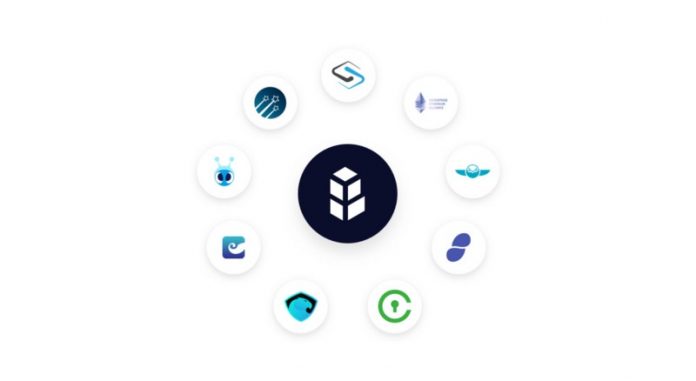 Right behind the Bancor Protocol Foundation’s announcement yesterday that author and Euro Designer Bernard Lietaer will step in as Chief Monetary Architect, and the new release of more advisory board members, the Bancor blog has also released details on their new partners today.

Bancor Smart Tokens are building blocks for a diverse ecosystem of value creation and say they are thrilled to be working with great teams bringing great products and networks to Blockchain.

The blog piece announcing partners was posted before their upcoming token allocation event which is kicking off today –  June 12, at 14:00 GMT. The buzz around Bancor has been huge in the cryptocommunity as the Bancor team has assembled one of the strongest teams seen in the space yet with multiple partners, a powerful advisory board, and a product close to market launch. Smart Contract Japan is contributing to the development of the “Global” Ethereum Blockchain community by helping people discover decentralized applications (dApps) and the value of implementing distributed technology into society. We are thrilled to partner on bringing Smart Token technology to this important effort.

The Enterprise Ethereum Alliance connects Fortune 500 enterprises, startups, academics, and technology vendors with Ethereum subject matter experts. Together, we will learn from and build upon the only smart contract supporting Blockchain currently running in real-world production — Ethereum — to define enterprise-grade software capable of handling the most complex, highly demanding applications at the speed of business. We are honored to be a part of this group of truly stellar companies and support the migration from existing systems to Blockchain.

Gnosis is a next generation Blockchain network allowing the community to speculate on anything with an easy-to-use prediction market. We are excited to be creating a powerful Token Changer to allow holders to easily convert BNT to GNO through a Smart Token with low fees and no counter-party risk. Status is an open source messaging platform and mobile browser to interact with decentralized applications that run on the Ethereum Network. We are so excited to allow Status users to create Smart Tokens directly from their Status browser, and to provide Smart Token communities access to a diverse world of Dapps in the Status universe. Through their decentralized architecture with Blockchain and biometrics on the mobile device, the Civic platform provides multi-factor authentication without a username, password, third party authenticator, or physical hardware token. We’re excited to bring identity management to smart token communities who can benefit from it. Aragon was born to dis-intermediate the creation and maintenance of companies and other organizational structures. Governance is such a crucial component of community organization, and we’re thrilled to be able to bring best practices to Smart Token communities.

IMToken is a smart digital wallet meant to provide an easy, simple and powerful interface for users of all technical backgrounds. We are proud to offer Smart Token users another great solution for storing and transferring their user-generated tokens.

Bancor and Qoin entered a partnership aimed at globally driving the growth and connectivity of community currencies. The purpose is to create vibrant local communities that last and are inter-connected with one another. Together, we aim at giving people power over money again, helping them to benefit from globalization and creating strong local communities at the same time.

Qoin has over 20 years of experience in setting-up and running community currencies around the world. Most recently Qoin has introduced SamenDoen, a self-sustaining community currency platform for Western regions that need help to counterbalance the negative effects of globalization. SamenDoen is a locally owned, purpose-driven currency offered via Qoin’s Currency As A Service (CaaS) delivery model.