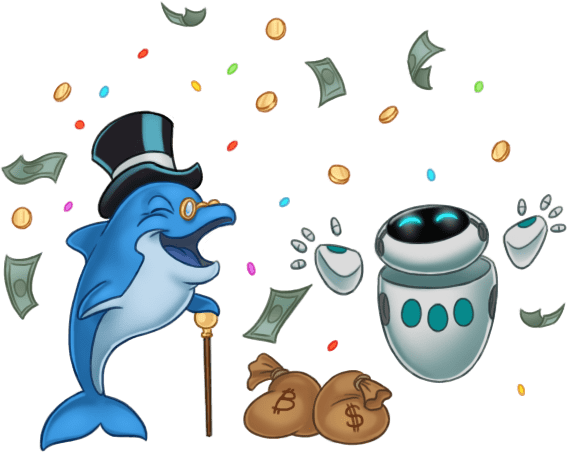 Historically, the lottery-related business has always been something that attracts thousands of people with belief that a small fee can bring huge gains. Actually, that’s a working model in many aspects of human living. The general problem with lotteries in separate is that you just cannot get any evidence of not being scammed.

What is well known about lotteries, is that they have centuries-long track of wins and loses which are said to be unpredictable. People’s love for easy money have been driving the states’ capability of satisfying their ever-growing financial needs for ages. The Chinese used a lottery to finance the Great Wall building, medieval European governments did the same to quickly obtain funds for building city fortifications and waging wars against each others (and to keep living in luxury regardless of any affairs happening in a country, to be frank). Russians used the state lottery monopoly to replenish the treasury after numerous exhausting revolutions and a civil war. This last example is probably the most common even in present times, as a state lottery stays one of a few options to avoid raising taxes in our era of perpetual crisis.

Any lottery is a deal, and, to be precise, it’s a deal of trust for all those who’re the paying party. You and the operator have mutual interest so it looks fair. Untill you realise there’s 0 ways and instruments to verify the counterparty’s real pursued goals and, actually, it’s will in being fair with you as a player. Thus, transparency has never been the word to describe such a ‘deal’.

The general idea to launch a lottery project came to the founders of Trueflip in September, 2016, as they were exploring Blockchain technology and at that time it was clear that with all pros and cons the distributed ledgers could become the dealbreaker not only in rapid money transfers or verifiable data storing, but in much more and yet obscure scenarios – such as a provably fair lottery, was well understood.

A brief (and then a very deep) market analysis provided the team with the knowledge, that the whole niche was surprisingly unsettled, crowded with many small and/or roundly infant projects with unclear futures – and finally they came to the understanding that their team members’ collective experience was suitable for launching a product of significantly higher quality and level, compared to what the market offered.

Later they come with with complete vision of what Blockchain technology could really do including three basic principles:

With these goals, they gathered a team of five professionals, each with solid experience in their main subject – IT, project management, finance, marketing and design and bootstrapped by investing their own funds into developing the MVP and launching trueflip.io.

It works similarly to Powerball, with the draws taking place every day at around 20:00 GMT. After some testing they understood that the chosen course was right and the technology worked according to the initial idea. Meanwhile  the first 20000+ loyal players formed TrueFlip’s initial audience.

At that point they started discussing the practical aspects of scaling their model to a new level and since they already delivered a fully functioning service (unlike the majority of projects – which raise funds with only a prototype or even just a roadmap), a crowdsale became the most suitable option to achieve the team’s main purposes. A token raise would bring them funds to form a large Jackpot, move on with the desired decentralization and finance a good marketing campaign to make TrueFlip a really popular and well known lottery service.

“One of the key differences with the TrueFlip project is the approach the team has taken.

Often times, a crowdsale being offered means the investor will be waiting some period of time while the foundation of that platform is built. Trueflip decided to take a more forward-thinking approach and has a fully functional platform in use today.

There has been substantial work performed by the TrueFlip team over the last year in preparation for the crowdsale, which should give a boost of confidence to investors who are looking for a polished offering opposed to simply a roadmap and a long development period to follow.

Between the experience on the team itself, their pragmatic approach to under promising and over delivering and the fact that the World is ready for a provably fair, decentralized lottery, there is a lot to like about the TrueFlip platform.

This is one of the many reasons I am happy to be an advisor to the project, they are doing things the right away to succeed in this industry,” said Jason Cassidy (Helium Pay, Securities Commission of Ontario), the member of TrueFlip’s international advisors board.

The first commercial challenge started in the beginning of June, when their TFL token pre-sale (five percent of total coins issued) was launched – but the successfully raised an impressive 182 BTC from the international community – with investors from some14 countries – and all was conducted in a stealth mode, with no marketing.

Currently they have over 100000 registered users with thousands playing daily, and more than 100000 of TrueFlip’s tickets have already played – which is a substantial community compared with many Blockchain startups.

TrueFlip’s main crowdsale will take place starting June 28 on http://ico.trueflip.io and last for up to 30 days unless they obtain the desired 6125 BTC earlier. The team will distribute 7 per cent of the TFL tokens priced 0,0005 BTC per 1 TFL.

The overall amount of the tokens issued stands at 21 000 000 and there will be no more issuance in the future. At the end of the Token Sale the remaining unsold tokens will be burned and share of all Token holders will be proportionally increased, depending on the outstanding package.

So, the main targets of ICO are:

TFL’s provide their holders with the following opportunities:

The early bird bonus is determined the following:

20 per cent of the total token amount is reserved for the team of which 20 percent will be delivered at the end of the crowdsdale, 40 percent after achieving development KPI’s and 40 percent in a year after the ICO.

Another 10 percent of tokens are allocated to finance the bounty company, escrow services and other related costs.

The obtained funds are protected in an escrow account that will be released in defined cases, described in the Whitepaper. The raised funds can only be accessed with the consent of at least two of the three signees and when all the conditions are met.

The lottery’s Draw transparent code is released on Github. The Whitepaper and all the details on the team and business are published on ico.trueflip.io and in  blogs on SteemIt, Medium, Slack, Golos.io, Facebook and Twitter and in TrueFlip’s official Telegram chat.

“The history of every single penny being involved into a Blockchain environment, where it’s transparent to literally everyone, as well as the winning numbers generated by providing random seeds in the form of block hashes, is great not only for marketing.

The use of Blockchain-powered cryptocurrencies for ticket purchases and prize payouts offers a whole range of other advantages.

These include cross-border micropayments, near-instant transactions and far less restrictive participation options for foreign players. Our main goal is to make this clear for the widest audience possible. And yes, we truly hope that our day-to-day efforts will result with the birth of a legend.”