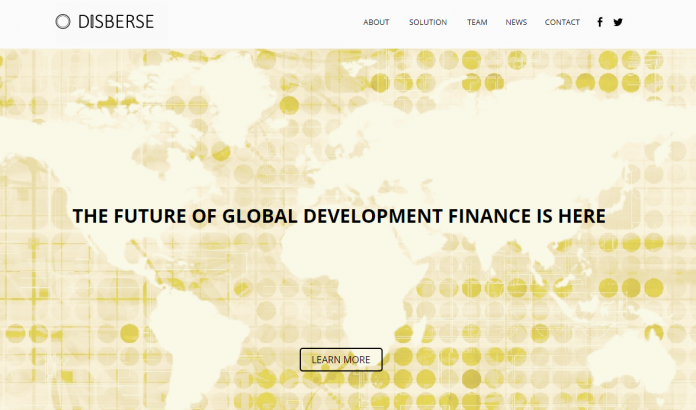 Disberse, a foreign aid distribution platform that limits the losses of aid finance, has successfully piloted its platform in a development project, joined the FCA regulatory sandbox, and has launched a new partnership with the Start Network, which has deployed more than £100 million in foreign aid over the past four years.

Ensuring the effectiveness of donor funds remains a challenge for governments and international charities. It can take weeks for funds to arrive and as much as 10% may be lost to a combination of banking fees, poor exchange rates and currency fluctuations by the time they get to where they are needed. These inefficiencies are accompanied by a lack of transparency within the sector, heightening the risk of misuse of funds and making it more difficult for communities affected by crisis to hold the aid system to account.

The initial pilot was tested between the UK and Swaziland, enabling the donor – Positive Women – a UK-based charity to reduce its transfer fees and trace the flow of funds down the chain, resulting in zero losses at the points of delivery. Funds were sent from the UK to four Swazi schools, via a local NGO, enabling Positive Women to fund an additional three students’ school fees for a year, thanks to the cost savings.

“We normally use our bank to transfer funds, but transfers have become increasingly expensive and slow. Using Disberse, we saved 2.5 percent [on forex fees], which covered the costs of a year’s education for an additional 3 girls. We could also see our funds being distributed to partners and schools, enabling us to spend less time monitoring, and more time demonstrating impact to our donors.”

Disberse is working to redefine the distribution of development and humanitarian finance, by providing organisations and individuals with the power to transfer and trace the flow of funds – from end-to-end, from donor to beneficiary, whilst optimising the foreign exchange process. Their aim is to ensure that donor funds have maximum impact for those they’re intended to serve.

Disberse is one of 24 start-ups in the UK recently accepted into the Financial Conduct Authority’s Sandbox, working alongside the regulator to help build the governments understanding of blockchain technology and to enable Disberse to test its platform within regulated conditions.

“Disberse was born from an ambition to preserve and improve the impact of aid finance, for the communities and individuals it serves. We believe in the purpose of aid, but recognise it is constrained by inefficiencies. Using blockchain technology, we digitise and distribute donor funds through the chain to recipient beneficiaries. These transactions are transparent, and can be viewed online, ensuring funds as distributed and delivered as intended.”

Following the successful pilot in Swaziland, Disberse is set to scale. It has formed a partnership with the Start Network – a global network of 42 leading international NGOs, such as Oxfam and Save the Children, deploying more than £100 million of funds over the past four years across the globe in response to humanitarian crises. Disberse and Start plan to launch a series of pilots over the next six months.

“This exciting partnership could lead to the transformation needed in the way money flows through the humanitarian system. The Start Network is testing innovative solutions to many humanitarian challenges to enable aid agencies to be more efficient and effective. This new project with Disberse could catalyse a new way of working, one that is transparent, fast and which drives accountability to taxpayers and those affected by crises.”

Facebook
Twitter
Pinterest
WhatsApp
Previous articleBlockchain Genomics company raises over $1M with Gene-Chain Coin Token Sales
Next articleFalcon First Swiss Private Bank To Enter Blockchain Asset Management Market With Bitcoin
Richard Kasteleinhttps://www.the-blockchain.com
In his 20s, he sailed around the world on small yachts and wrote a series of travel articles called, 'The Hitchhiker's Guide to the Seas' travelling by hitching rides on yachts (1989) in major travel and yachting publications. He currently lives in Groningen, the Netherlands where he has set down his anchor to raise a family and write. Founder and publisher of industry publication Blockchain News (EST 2015) and director of education company Blockchain Partners (Oracle Partner) – Vancouver native Richard Kastelein is an award-winning publisher, innovation executive and entrepreneur. He has written over 2500 articles on Blockchain technology and startups at Blockchain News and has also published in Harvard Business Review, Venturebeat, Wired, The Guardian and a number of other publications. Kastelein has an Honorary Ph.D. and is Chair Professor of Blockchain at China's first blockchain University in Nanchang at the Jiangxi Ahead Institute software and Technology. He has over a half a decade experience judging and rewarding some 1000+ innovation projects as an EU expert for the European Commission's SME Instrument programme as a startup assessor and as a startup judge for the UK government's Innovate UK division. Kastelein has spoken (keynotes & panels) on Blockchain technology at over 50 events in 30+ cities.