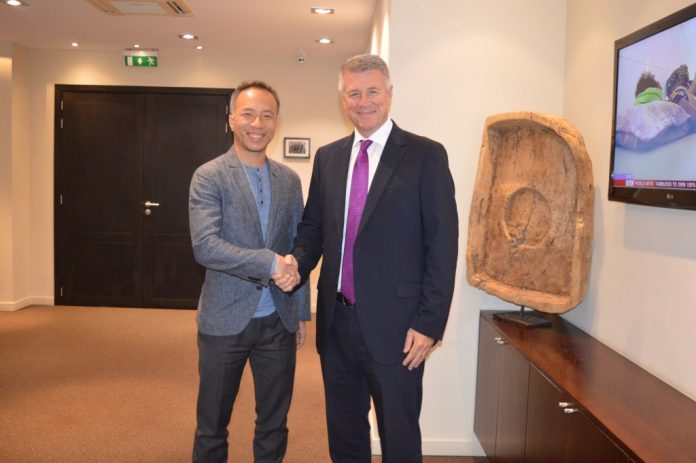 Following the approval of the Gibraltar Financial Services Commission, Cyberhub Fintech has successfully acquired a strategic ownership stake of the share capital of GSX Group. Cyberhub Fintech is part of the Broctagon Group, one of the most dynamic fintech groups in Asia.

The investment signals the Gibraltar Stock Exchange’s continued commitment to expand its capital markets network and influence in Asia as well as its ambition to become one of the world’s first regulated exchanges to fully integrate use of blockchain into its operational processes from ICO to IPO.

Commenting on the transaction, Nick Cowan, MD of GSX said:

“We are delighted to have Cyberhub Fintech as part of our Group. The transaction clearly demonstrates high confidence in the jurisdiction, despite Brexit, as well as recognition of the Government of Gibraltar’s and the Gibraltar Financial Services Commission’s initiatives to establish Gibraltar as a global fintech hub. Our operational influence and network now extends to Hong Kong and Singapore and we look forward to working with Ben and the team to establish and grow an Asian–European capital markets pathway.”

“During my numerous visits to Gibraltar this year, I have been deeply impressed by the vision and commitment shown by the Government, the proactivity shown by the regulator and the warm welcome offered to me by all Gibraltar stakeholders. I am incredibly excited for us to now be actively involved in the Gibraltar Stock Exchange’s plans to establish itself as the next generation global exchange”.

The GSX Group owns GSX Limited which operates the Gibraltar Stock Exchange, one of the world’s newest regulated stock exchanges. GSX operates two markets, a regulated Market (the “Main Market”) and an exchange-regulated Market (the “Global Market”). It has established a reputation as a robust yet fast to market regulated platform for a variety of capital market products and is expanding to leverage Gibraltar’s proposed Distributed Ledger Technology regulatory framework.

“The investment in GSX is excellent news both for GSX and Gibraltar and an important vote of confidence in our Jurisdiction,” Commerce Minister Albert Isola commented.

“As Gibraltar moves towards regulating Fintech in its innovative and unique manner, we welcome quality firms to Gibraltar who have already excelled in this space and who will work with us to further develop this sector. These are exciting times with much international interest in our regulatory programme.”