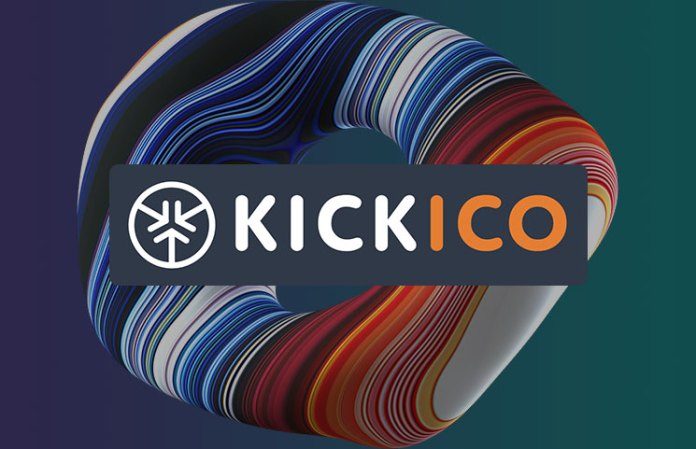 KICKICO has announced that its planned Chinese-Russian Cryptocurrency Alliance will have to be delayed until there is clarification of the new Chinese regulatory framework. KICKICO’s partner CyberTrust did however announce the launch of a new Russia-focused exchange CyberEX in alliance with China-based digital assets exchange C2CX.

The formal launch of the Chinese-Russian Cryptocurrency Alliance was planned for September 6th in Moscow. The fund was conceived in collaboration with two leading Chinese platforms and the сrypto investment bank CyberTrust. The goal was to develop Blockchain structures for startups in Russia and China on the basis of the KICKICO crypto crowdfunding platform.

Over the past several years, the existence of a large pool of liquidity in cryptocurrencies has changed the financial world, creating both new opportunities and new challenges. Billions of dollars have been raised to fund projects which otherwise might never seen the light of day by providing a new investment model whereby investors can invest in startups without sacrificing liquidity. This is accomplished thanks to the issuance of Blockchain-based tokens. Countries all around the world have struggled to adapt their regulatory frameworks to accommodate this new reality, and in this, neither China nor Russia are exceptions.

With cryptocurrency-based financing volumes exploding in 2017, actual legislation still remains pending. Yet both countries seem determined to recognize this new reality in terms of their legislative framework. Concretely, that means a clearer regulatory environment in return for integration of crypto-based financing into the existing financial system.

“China is in the process of creating a new regulatory framework to accommodate the Blockchain revolution, and I feel confident that the Chinese government will ultimately find a solution that permits the industry to further develop. The kind of alliance can help demonstrate how we can use these new tools to create real added value worldwide.”

“The success of the KICKICO platform shows that Russia has taken a leadership role in the area of financial innovation, and we at CyberTrust are determined to help drive this process forward. And especially, with the latest enforcements made by China regulators on ICO, CyberTrust custody and securitization services are now vital to perform ICO and satisfy the regulatory requirements.”

The goal of the Chinese-Russian Cryptocurrency Alliance is to support innovative projects from both Russia and China. Moreover, the Alliance aims to develop necessary infrastructure for the emergence of new projects and the adaptation of Blockchain technologies in these two countries. Scott Freeman commented: “I am confident that by combining resources we will be able to significantly accelerate and even revolutionize the development of the Blockchain industry in both countries. For the meanwhile, however, until Chinese authorities create a new regulatory framework, these ICOs will likely technically be based in Russia. I am however convinced that this is likely to be only temporary.“

One of the first of these cooperative projects will be the creation of a cryptocurrency exchange focusing on the Russian offering a ruble-book to serve both private as well as large institutional investors – CyberEX. To provide both liquidity and mature technology, CyberTrust is partnering with the China-based C2CX digital assets exchange. As one of the top 30 exchanges in the world, C2CX will ensure that CyberX is able to offer Russian investors instant liquidity as well as a secure technical infrastructure. C2CX brings to the table not only liquidity and the kind of standard functionality investors expect from the more traditional forex trading platforms, but also experience in providing comprehensive customer support.

“…to differentiate ourselves in the highly competitive Chinese market one of our key selling points has been customer service, both via telephone and online chat. This may sound unexciting, but the reality is that this kind of customer service is almost unknown outside of China. We are convinced that at this stage in the game, the package we bring to the table is exactly what the Russian market needs.”

“Our Alliance will help many promising Chinese and Russian startups, technologies and business models to converge. Together, KICKICO, CyberTrust and C2CX will create the infrastructure that will help to power the crypto-economy and actively at the same time develop Blockchain technology in Russia and China. Our alliance will help our countries to become the leaders of the new economic paradigm in the next 5 years”.

These plans will be executed on the KICKICO platform, the first world’s 3-in-1 platform for ICOs, crowdfunding and crowdinvesting. KICKICO recently demonstrated its market power by raising over 50,000 ETH within 20 hours, thereby entering the list of the top 3 Russian ICOs of all time.

The creation of the generation 2.0 of Blockchain crowdfunding will be done arm in arm with CyberTrust, which holds 10 per cent of the company and will provide escrow services, as well as a wide range of banking services for KICKICO in Zürich, London and Shanghai.

“Our Asian link is the a very promising for us given the enthusiasm and investment power Chinese investors bring to the table. The Chinese market is one of the most significant players in this field, not only because of the depth of its investment community, but also because as has clearly demonstrated the exponential growth potential inherent in the crypto-economy. I am sure that our long-term cooperation will not only significantly influence the development of the KICKICO platform, but will also attract Blockchain innovators both from Russia and China, thereby enhancing the partnership between our two countries and creating previously unimagined synergies”.

KICKICO —  A platform for ICOs, crowdfunding and crowdinvesting projects. KICKICO was founded in 2015 and launched its first ICO in September 2017, by now raising a total of more than 21,5 million dollars equivalent in cryptocurrency. Its first hosted project – game Magisters of Magic – has managed to collect 280 ETH with a goal of 200 ETH.

C2CX – A China-based third-generation trading platform for digital currencies and tokens, with both a public trading exchange and a proprietary trading platform. According to the Coinmarketcap website, currently C2CX’s public exchange occupies approximately the 30th place worldwide in terms of trading volume.

Facebook
Twitter
Pinterest
WhatsApp
Previous articleBlockMason Announces Second Application Ahead of Token Sale
Next articleIndorse, the Decentralized Social Network for Professionals, Announces Airdrop
Richard Kasteleinhttps://www.the-blockchain.com
In his 20s, he sailed around the world on small yachts and wrote a series of travel articles called, 'The Hitchhiker's Guide to the Seas' travelling by hitching rides on yachts (1989) in major travel and yachting publications. He currently lives in Groningen, the Netherlands where he has set down his anchor to raise a family and write. Founder and publisher of industry publication Blockchain News (EST 2015) and director of education company Blockchain Partners (Oracle Partner) – Vancouver native Richard Kastelein is an award-winning publisher, innovation executive and entrepreneur. He has written over 2500 articles on Blockchain technology and startups at Blockchain News and has also published in Harvard Business Review, Venturebeat, Wired, The Guardian and a number of other publications. Kastelein has an Honorary Ph.D. and is Chair Professor of Blockchain at China's first blockchain University in Nanchang at the Jiangxi Ahead Institute software and Technology. He has over a half a decade experience judging and rewarding some 1000+ innovation projects as an EU expert for the European Commission's SME Instrument programme as a startup assessor and as a startup judge for the UK government's Innovate UK division. Kastelein has spoken (keynotes & panels) on Blockchain technology at over 50 events in 30+ cities.