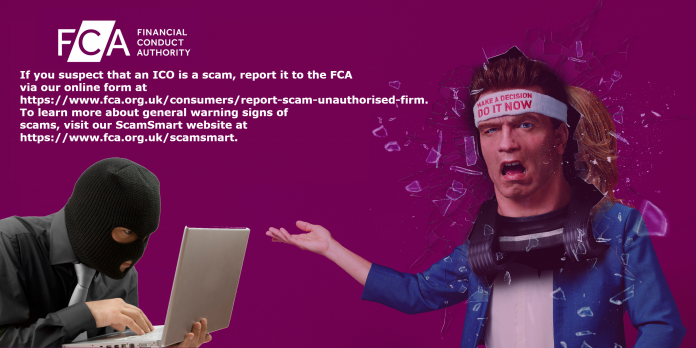 The UK Financial Conduct Authority is next in a line of national regulators to issue a statement on Initial Coin Offerings. This morning at 11am UK time they released a formal announcement on their position.

You should be conscious of the risks involved (highlighted below) and fully research the specific project if you are thinking about buying digital tokens. You should only invest in an ICO project if you are an experienced investor, confident in the quality of the ICO project itself (e.g. business plan, technology, people involved) and prepared to lose your entire stake.

Jakob Drzazga co-founder of Brickblock, which has an ICO scheduled for next month, commented:

“To be honest this warning by the FCA should come as no surprise. The hype around the ICO market has grown very rapidly in recent months and there are inevitably some less robust projects out there. It’s critical for the success of the whole area that regulators keep a careful eye on this, and we strongly urge people to be conscious of the risks and thoroughly research any project before considering buying tokens.”

“It’s no surprise that the FCA has decided to issue a public statement on the regulatory status of ICOs. In the wake of other international regulators setting out their views on ICOs (or indeed banning them), the FCA is at pains to emphasise that the regulatory status of ICOs will depend on how they are structured. The FCA doesn’t want to inhibit technological development but it is making very clear that the line between an unregulated token offering and the marketing of a security, crowdfunding activity or even a collective investment scheme is very thin.”

“While the FCA has made it abundantly clear that ICOs can be high risk they have also made statements that may be taken as positive about the future of the ICOS such as “Many ICOs will fall outside the regulated space” and “You are extremely unlikely to have access to UK regulatory protections like the Financial Services Compensation Scheme or the Financial Ombudsman Service” rather than a firm affirmation that you will not have recourse to regulatory protection.

“Given the recent explosion in ICOs it is understandable that the FCA has produced a one-page statement. However, those seriously investigating their future as a means of raising funds and investing will need to wait for the regulator to publish a more detailed analysis of the nuanced questions it raises or asks investors to consider, before moving forward with a sufficient amount of certainty.”

Here’s a list of other regulatory announcements, compliments of the brilliant Tim Swanson, at the Great Wall of Numbers Blog.