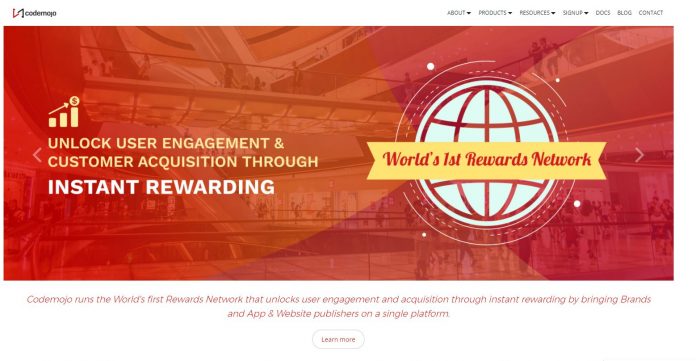 Codemojo, a Customer Engagement company is adopting Blockchain technology to upgrade its existing Rewards Network and make it borderless for consumers across the Globe.

According to the team, the new Global Rewards Network will enable easy, secure and frictionless redemption for consumers who have stacked up close to 48 Trillion Reward points that are unredeemed, whose perceived value is $360bn.

Global Rewards Network is a single platform that connects Consumers, Brands and Publishers, enabling users of partnered brands and publishers to link, combine and convert all their reward points to a local fiat equivalent, which in turn can be redeemed against the list of products and services across the extensive Global Rewards Catalog. For consumers, this will be an easy to use mobile app/website which doesn’t require any knowledge on Cryptocurrency and Blockchain.

ALLOY token, the soon to be launched Cryptocurrrency will act as the Anchor currency facilitating cross border transactions, similar to how USD works for the International Trade, with an exception of being used in the backend enabling transactions between the parties in their local fiat currencies.

When asked about the idea behind adopting a decentralized ecosystem to reward global consumers, the Co-founder Vijaykrishna Ramanathan said,

“Reward Program Signups have become mainstream and around 36% of consumers get to sign up such programs every year. Despite the rise in acceptance of reward programs, consumers end up not redeeming their Reward points. Ultimately, these unredeemed points become a liability in brands’ books. Having been into customer engagement space since 2015, we realised that everyone starts with a big vision but it becomes a hassle to manage this program. Only a few major players like the Marriot Rewards, Airmiles in canada, Nectar in UK were able to have a household penetration level upto 80%. So, our proposition is how to enable new and existing brands to give value to their customers and it should be a value addition for them too.”

He further added, “As the Rewards Ecosystem is bound to geography, it becomes more challenging for Brands to audit and track cross border redemption.”

Codemojo says they find these problems can be addressed when borderless Rewarding and Redemption are brought into the system.

Codemojo, PayPal and CIO Angel Investor network backed technology startup, has been serving close to 6Mn users every month across 2000+ publishers by partnering with 100 plus premium brands across their existing Rewards Network, now aims to bring borderless rewarding ecosystem by replacing their existing wallet-based architecture with decentralized Blockchain ledger, backed by its own cryptocurrency called ALLOY. With REPAC (Real-time Points Adoption and Conversion) technology, the local fiat transactions between parties will be enabled to foster frictionless environment for all the stakeholders, thus making cross border rewarding and redemption possible with a simple integration of a mobile app.

A user with Reward points from various Reward Programs, now will be able to redeem his points anywhere in the world across any Local Brand using ALLOY app. All that he needs to do is to simply Download ALLOY app → Sign up → Link all his Reward Programs. On linking, the consumer will be able to view his collated Reward points as a single value in their local currency, which in turn can be redeemed across partnered brands in the Global Rewards Network.

When asked about this, the CTO Shoaib Mohammed said:

“With ALLOY, our aim is to bridge the $360bn gap between Virtual Currencies and Real World Merchandise & Services. ALLOY will be a single secure & easy-to-use platform that provides a hassle-free environment for consumers to Collate, Combine and Redeem the scattered reward points of various reward programs against an extensive catalog of products and services of their choice. For brands and publishers, this will serve as an interface to engage and reward their audience, enabling frictionless redemption.”

Having built on top of Ethereum, Rewards network will use smart contracts to facilitate click & configure partnerships between brands, which in the traditional way would have required a lot of handshakes & paperwork.

Codemojo plans to raise upto 86,956 ETH i.e. $25 mn from the main ICO and somewhere close to $3 mn in Pre ICO planned on October 15 this year. Based on the current market price of Ethereum, one ETH equals 575 ALLOYS. According to their Roadmap, the Alpha version of ALLOY app will be ready to be rolled out during the first quarter of 2018. By second quarter of 2018, Codemojo plans to expand ALLOY across Japan, Korea, Brazil and other countries and development.