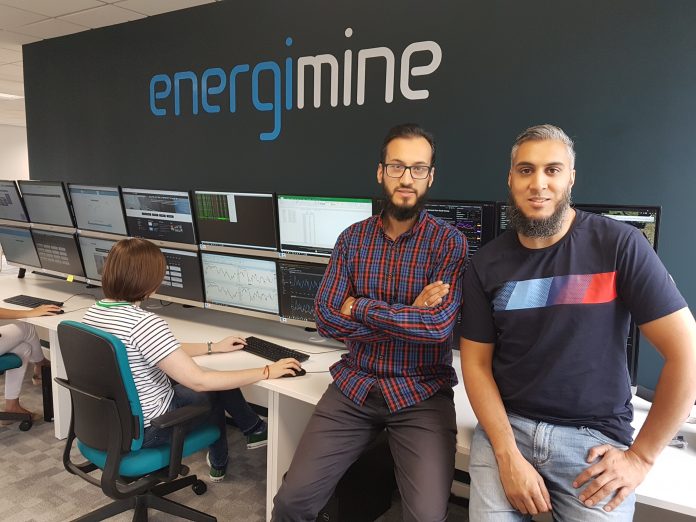 Energi Mine – a Blockchain-based business that uses Deep Learning Artificial Intelligence models to streamline the energy procurement process – is to become the first UK business outside London to raise funds through a Token Sale, the new way for companies to raise money through cryptocurrency.

Energi Mine is launching the sale of its new Energi Token, with the pre-sale process now underway.

A Token Sale is an event in which a new Blockchain project sells part of its protocol tokens to early adopters and enthusiasts in exchange for money today. Token Sales provide a way for cryptocurrency project creators to raise money and build a global supportive community from day one.

Companies have raised nearly $1.5 billion through Token Sales this year alone. The recent Token Sale of Stox, a Blockchain prediction company promoted by boxing champion Floyd Mayweather Jr raised $33 million while entrepreneurs Michelle Mone OBE and Douglas Barrowman this month announced the development of a crypto-friendly $325 million condo complex in Dubai where investors will be able to use bitcoin to purchase the complex’s luxury apartments.

Energi Mine aims to decentralise the $2 trillion global electricity markets which it says are closed and controlled by a handful of large players – with energy companies incentivised to sell more energy at the highest possible price.

The company is creating a platform that matches customers with smaller generators, as well as creating a global eco-system whereby users are rewarded with Energi Tokens for energy-efficient behaviour.

Energi Tokens can also be earned by energy saving behaviour, such as commuting via public transport, buying an Electric Vehicle or consuming less energy at home or in the workplace.

“We have been working with leading advisors from across the globe to make this Token Sale happen.

“Token Sales provide a way for cryptocurrency project creators like ourselves to raise money and build a global supportive community from day one.

“Demand has been extremely high for some of the tokens hitting the market recently. One business, a new web browser start-up by the founder of Mozilla, raised $35 million in less than 30 seconds.”

Token Sales among cryptocurrency and Blockchain start-ups and have exploded in the past few months.

“Cryptocurrencies and Token Sales are trending upward. They are versatile financial tools that will ultimately become mainstream.

“We believe that when it comes to energy, reward mechanisms must have a financial benefit to the user before behavioural change occurs. Therefore, we believe that the tokenisation of the market will be the only real driver to create a more energy-efficient system.

“Our goals are to reduce energy consumption globally, and create a token-based platform, which provides financial incentives to reward energy saving behaviour.”

In the majority of Token Sales, the tokens being sold are for marketplaces or businesses that have yet to be built. Energi Mine has an advantage in that it is an existing business run by an experienced team of both energy and tech professionals. The company currently focuses on the business sector, and manages over $140m worth of energy on behalf of over 1,100 sites across Europe.

CEO Omar Rahim comes from the energy trading sector, having previously managed over $3bn worth of energy before founding and successfully exiting his commodity trading business.

Technical input comes from COO Momin Hashmee who previously acted as Global App Store Manager for Nokia before a similar role at Lenovo.

“There is a direct correlation between an individual’s energy usage and their impact on the environment. Essentially, when a person consumes less energy, they reduce the number of toxic fumes that need to be produced by power plants in the first place to create that energy. This then conserves the earth’s natural resources and protects natural ecosystems from destruction. Each individual step a person takes to reduce their energy intake directly reduces their carbon footprint thus creating a more eco-friendly environment for us all.

“We have set out our plan to revolutionise the energy sector – changing the way energy is both traded and consumed. With power markets on all Continents deregulating to allow for greater competition, the time is right to launch Energi Token. We are excited to be the first UK business outside London taking this new fundraising route.”