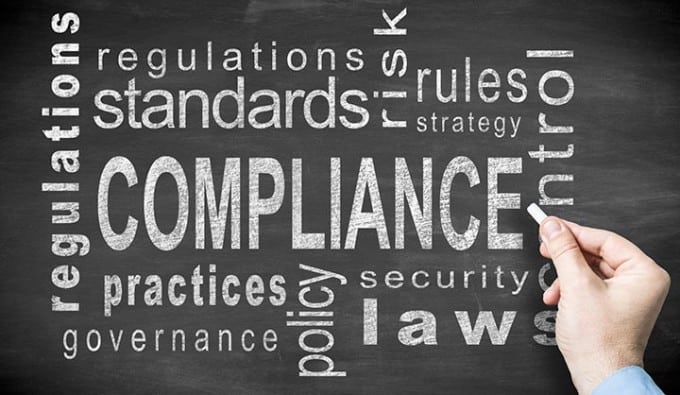 Two significant things happened in the ICO world; South Korea just banned ICOs, and Switzerland’s Financial Market Authority (FINMA) issued a statement indicating that it will start investigating ICOs they feel are not in accord with established financial legislation.

“The FINMA announcement is in accord with what we have been saying at the CVA. FINMA clearly states in its guidance that it supports the innovative potential of Blockchain technology, but also that, depending on the structure, regulation can and should apply. We think this is another sign of the Swiss regulator’s clear and balanced approach to Blockchain and Fintech.”

The Swiss regulator’s announcement is particularly significant, given that the country is widely perceived as one of the most innovative and progressive sandboxes for cutting-edge financial technology.

“Switzerland and Korea have a decidedly different take on what to do about ICOs. Where Korea has followed China’s lead by imposing an outright ban on ICOs, Switzerland is taking a more moderate approach. The Swiss FINMA Announcement mirrors the SECs bulletin where ICOs will be covered by existing securities regulations. ICOs seem to have a great deal of potential. As regulatory guidance becomes more clear, we should see the entire ICO market mature into a useful vehicle for raising capital.”

“Because the digital token market is so new, I believe that many investors lack the necessary sophistication to assess or appreciate the viability, sustainability, and governance of projects that are raising hundreds of millions of dollars in capital. Such an environment is ripe for abuse, fraud, and waste. Just because the technology is new, bad actors may assume they could abuse investors, so it is reassuring that the FINMA stands ready to investigate abuse and regulation breaches that have harmed investors. Guidance from FINMA will also serve to prevent well-intentioned projects from unintended violations,”said Ryan Taylor, CEO of Dash.

“I think that the FINMA statements set exactly the right tone. The agency appreciates the innovative potential of ICOs and is cognizant of the groundbreaking implications of the technology ICOs are driving. This is great news for every company that actually wants to change the world by building the technology they stated and through that provide value to their token holders.

“This type of regulation will seed out fraudulent players, therefore reduce the level of noise in the ecosystem, and help legitimate companies rise to the top. The only players who should be very afraid by the statements of FINMA are criminals looking to defraud potential investors who would otherwise invest their money with companies looking to build the next generation of the internet.”

“Enabling buyers to make informed decisions critically includes introducing regulatory barriers to seed out companies looking to defraud potential token purchasers or engage in illegal activities such as money laundering or terrorist financing. A ban on ICOs, on the other hand, such as that introduced by China and South Korea is simply a naive solution for a complex problem. It is shockingly shortsighted and will inevitably lead to a brain drain of innovators who will now set up their operations in a different jurisdiction,” stated Serafin Lion Engel, CEO of DataWallet.

“The announcement from FINMA validates the prudent policy Ambrosus has taken in our TGE with the enforcement of strict KYC requirements for all participants. Astute observers recognize that the sector is becoming increasingly regulated and that companies which hope to thrive in the future and to be considered legitimate players in the industry will need to be compliant with appropriate rules and regulations. There have been those who have questioned our strict policy, but we look at today’s announcement as an affirmation of our prudence to date, and consequently, we believe that Ambrosus will be considered an example of how to properly and compliantly conduct a TGE in the future.”

China is the influencer in Asia; after they moved on the ban, the pressure was on for everyone else in the region. But the market largely shrugged this off. The smart money is betting that these bans are a temporary band-aid until more thorough regulations are thought out,” said Polymath CEO Trevor Koverko.

This week, members of the Trump administration also publicly affirmed their interest in exploring potential use cases of Blockchain technology. As South Korea and Switzerland crack down on ICOs, this news could indicate a momentous shift in the market for Blockchain startups.

Facebook
Twitter
Pinterest
WhatsApp
Previous articleStreamr, The Decentralized Real-Time Data Economy, Successfully Reaches 5 Million CHF Pre-Sale Cap in 25 Minutes
Next articleSTK Global Payments Announces The STK Token, Providing Instant Cryptocurrency Payments At Point Of Sale
Richard Kasteleinhttps://www.the-blockchain.com
In his 20s, he sailed around the world on small yachts and wrote a series of travel articles called, 'The Hitchhiker's Guide to the Seas' travelling by hitching rides on yachts (1989) in major travel and yachting publications. He currently lives in Groningen, the Netherlands where he has set down his anchor to raise a family and write. Founder and publisher of industry publication Blockchain News (EST 2015) and director of education company Blockchain Partners (Oracle Partner) – Vancouver native Richard Kastelein is an award-winning publisher, innovation executive and entrepreneur. He has written over 2500 articles on Blockchain technology and startups at Blockchain News and has also published in Harvard Business Review, Venturebeat, Wired, The Guardian and a number of other publications. Kastelein has an Honorary Ph.D. and is Chair Professor of Blockchain at China's first blockchain University in Nanchang at the Jiangxi Ahead Institute software and Technology. He has over a half a decade experience judging and rewarding some 1000+ innovation projects as an EU expert for the European Commission's SME Instrument programme as a startup assessor and as a startup judge for the UK government's Innovate UK division. Kastelein has spoken (keynotes & panels) on Blockchain technology at over 50 events in 30+ cities.