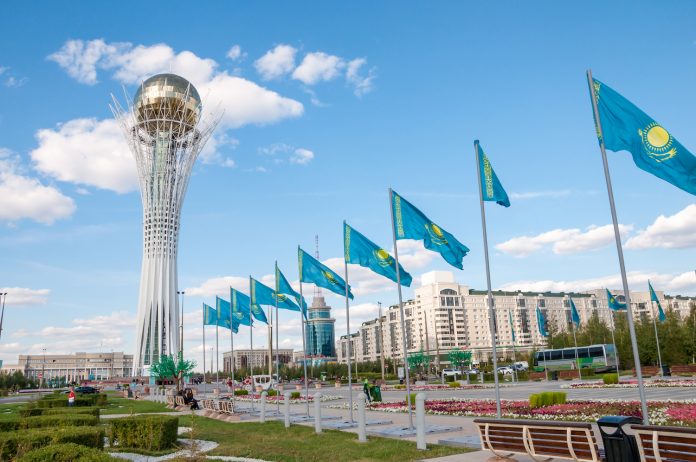 Next generation investment company Exante has just announced the launch of Stasis, a platform that offers the first cryptocurrency directly backed by fiat money to facilitate transactions between traditional financial institutions and the world of crypto assets.

Exante has recently signed a memorandum of cooperation with the Astana International Financial Center, an agency of the government of Kazakhstan – headed by the ex-head of the Central Bank of Kazakhstan.

“The cryptocurrency market is in its nascent state, and the growth spurt of 2017 reflects the long-term prospects. The overall capitalization, the number of transactions, and profitability of the market are increasing tremendously. Over the first ten months of 2017, the total market cap has grown 7.5x, from US$18B to 142.9B. The possibilities enabled by the advent of cryptocurrencies have generated considerable excitement: the traditional financial institutions and the world, in general, are moving towards adopting blockchain en masse.”

“Many governments today realize that transactions in crypto-currencies have substantial advantages and use it as a way to attract businesses and capital to their respective economies,” he added.

Knyazev joined the working groups on crypto-currencies and has held meetings with the government of Malta, Cyprus and Kazakhstan.

“This is why the fundamental infrastructural solutions and the development of the ecosystems of the market are of utmost importance. Two most pressing issues of crypto-currencies need to be resolved: public trust and volatility,” stated Knyazev.

“This is the reason behind the signing of this memorandum: it is to confirm that the government of Kazakhstan trusts EXANTE, a private Maltese company, and is open for partnership. At the moment, the technology is being tested in a closed mode. The cryptocurrency based on Stasis will be fully backed by traditional fiat money and various financial instruments, e.g., national t-bonds of the leading economies.”

Upon the launch of Stasis a new transparent cryptocurrency will emerge:

Recently, there’s been an announcement of a similar currency in Japan, but according to the team at Exante, that initiative does not involve a transparent money market fund to back it.

The money market fund will enable the turnover in the system, purchase of assets, and backing of the currency. The backing transactions will be audited by the Government.

The founders say they are all confident that Stasis will remove all barriers to the liquidity and accessibility of capital. Thanks to its expertise in Liquid Alternative, Exante has built a bridge of trust between the investors and the crypto-world, and now the company is trying to create another one, between a government and the crypto-world. The market cap of the new currency is expected to exceed US$2B within two years.

At the moment, the government of Kazakhstan is working on the rules and regulations for digital assets. It is to open a crypto Valley in the country and has already formed a workgroup to launch the project.

“The development of such system will bridge the gap between the traditional asset market and the crypto-world. We see keen interest from the market players, and we already have applications from other government-related financial institutions. The expected market cap of this asset is between 2 and 3 billion in Euro-equivalent.”

In August, Estonia proposed its own state-backed digital asset, which would be called “estcoin”. The small Eastern European nation said it was considering the launch of estcoin through an initial coin offering (ICO) — a crowdfunding method that has garnered much scrutiny in recent weeks.

And last month, Japan signaled the potential launch of its own digital currency, called J-Coin.