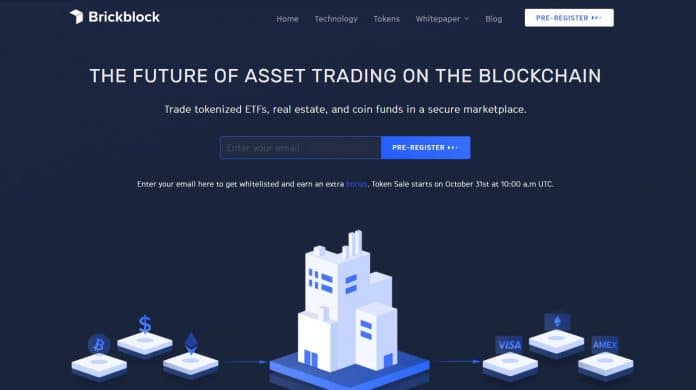 Brickblock is on the verge of becoming the first team to conduct a real-world asset transaction on the Blockchain by tokenizing a 27-unit, 1528m2 multi-storey building in Berlin.

Those in and around the crypto world are becoming aware of the challenges presented by the Blockchain’s mainstream adoption. Ethereum has been the go-to platform for Blockchain tokenization for a while, and its Blockchain is taking on increasingly heavy traffic. The Ethereum Blockchain is likely to encounter scalability issues in the near future, with 3.2 billion assets expected to be tokenized by 2020.

Brickblock has taken the initiative in the search for solutions – a search that has brought them to nakamo.to. Based in the crypto capital of the world, Berlin, the nakamo.to team is exploring how the Tangle Network can be used to go a step beyond Blockchain in connecting the real-world with that of distributed ledger technology, and the implications that could have on traditional industries. The nakamo.to team forms part of the IEN (The IOTA Evangelist Network), which is currently being set up to increase awareness about IOTA, help grow the IOTA community, and build partnerships.

“Brickblock is agnostic to what Blockchain it uses. We are always looking for the one with the highest scalability, and IOTA could offer some unique advantages in the near future,”
said Jakob Drzazga, Brickblock

IOTA’s Tangle Network has been dubbed ‘the future of Blockchain’. It represents the next step in the evolution of distributed ledger technology, bringing an abundance of previously inconceivable improvements, such as the ability to conduct micro and nano-transactions with no fees. The Brickblock team is most interested in the Tangle Network’s infinite scalability, and is working with the nakamo.to team to delve deeper into exploiting it.

The alliance will focus on researching the potential of fusing Brickblock’s real-world asset exchange platform and nakamo.to’s expertise in the application and integration of the Tangle Network.

With Brickblock’s ICO taking place on October 31st, the partnership will come as exciting news to investors. It could help break the chains of standard Blockchain technology, exposing Brickblock to thrilling new possibilities and making it the first real use-case on the revolutionary Tangle Network.

Facebook
Twitter
Pinterest
WhatsApp
Previous articleWirex inks deal with SBI Holdings to establish Asia focussed joint venture – Japanese cryptocurrency payments card expected soon
Next articleSun Exchange Raises $1.6 Million Seed Investment to Catalyze Global Shift to Solar Power
Richard Kasteleinhttps://www.the-blockchain.com
In his 20s, he sailed around the world on small yachts and wrote a series of travel articles called, 'The Hitchhiker's Guide to the Seas' travelling by hitching rides on yachts (1989) in major travel and yachting publications. He currently lives in Groningen, the Netherlands where he has set down his anchor to raise a family and write. Founder and publisher of industry publication Blockchain News (EST 2015) and director of education company Blockchain Partners (Oracle Partner) – Vancouver native Richard Kastelein is an award-winning publisher, innovation executive and entrepreneur. He has written over 2500 articles on Blockchain technology and startups at Blockchain News and has also published in Harvard Business Review, Venturebeat, Wired, The Guardian and a number of other publications. Kastelein has an Honorary Ph.D. and is Chair Professor of Blockchain at China's first blockchain University in Nanchang at the Jiangxi Ahead Institute software and Technology. He has over a half a decade experience judging and rewarding some 1000+ innovation projects as an EU expert for the European Commission's SME Instrument programme as a startup assessor and as a startup judge for the UK government's Innovate UK division. Kastelein has spoken (keynotes & panels) on Blockchain technology at over 50 events in 30+ cities.