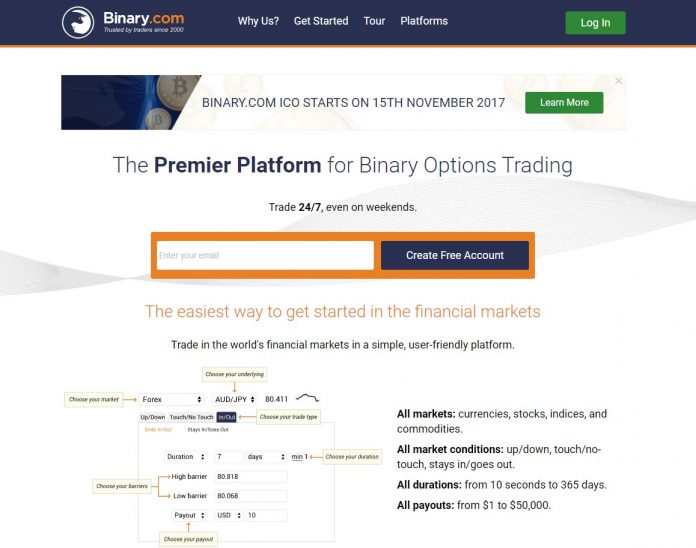 Binary.com, the pioneer in online binary options traded, is excited to announce its launching its Initial Coin Offering (ICO) on November 15th. By participating in the ICO, investors will be granted exclusive tokenholder rights that entitle them to receive payments, equivalent to shareholder dividends as well as convert them into ordinary shares. This announcement marks the next step for the company that was founded in 2000 by CEO Jean-Yves Sireau.

“The next step for our company is naturally to go public via an IPO. However, an IPO is a cumbersome process that’s remained relatively unchanged for decades. It is ripe for disruption. By opting for the ICO route, we can go beyond the limitations of a traditional IPO. We get a wider reach of potential investors, lower costs of trading and an immutable audit trail of transactions on the blockchain.”

The ICO runs through December 25 and uses an electronic Dutch auction process on its website. After the ICO, tokens will be listed on the Lykee.com exchange.