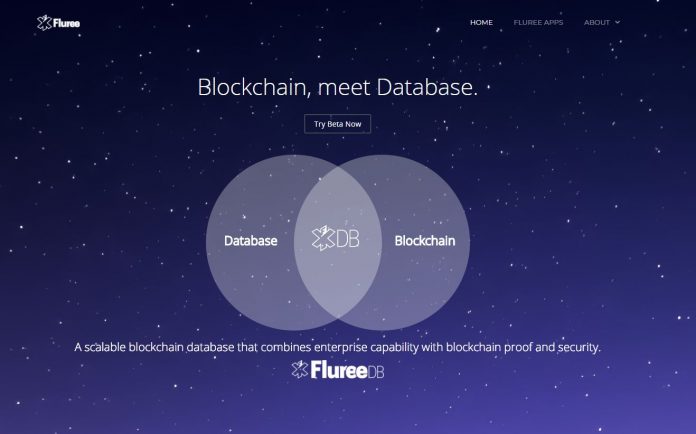 Companies and developers wanting to integrate the decentralization, immutability, and consensus benefits of Blockchain technology into their existing data infrastructure and business applications finally have an enterprise-grade product with which to do so. FlureeDB — a scalable, Blockchain cloud database — launched November 9th, 2017 for public beta use.

Brian Platz and Flip Filipowski, the Winston-Salem duo who previously co-founded and built up Silkroad Technology — which grew to over 2,000 customers and 500 employees in 12 global offices — have partnered up again with Fluree, focusing on enabling enterprises to take advantage of the booming trend of decentralized applications.

“Many modern enterprises and startups want to leverage the benefits of Blockchain technology but become stuck navigating the complexity, cost of integration and lethargic nature of public Blockchain transactions,” said Brian Platz, co-founder and CEO of Fluree, PBC. “It is my hope that FlureeDB bridges the utility gap between Blockchain technology’s potential and its real world application across various industries.”

Blockchain technology has been touted by many as the fundamental building block for future enterprise transactions, as the need for trust, security, and transparency will continue to dominate innovation in business applications. Blockchain delivers a tamper-resistant consensus model that uses a decentralized network to verify and encrypt accurate transactions. FlureeDB builds each transaction into a block of time, creating a central Blockchain.

FlureeDB leverages the use of “Composite Blockchain Consensus,” in which a database can be broken up into different parts, each having its own Blockchain and associated consensus network. Its query engine allows developers to join all data across multiple Blockchains, enabling a single system to consist of a hybrid of consensus characteristics. This innovation in Blockchain technology allows for unprecedented scaling potential for decentralized applications and opens up a wide use case across industries as companies no longer have to decide between Blockchain decentralized verification and centralized information security.

Developers from all corners of the database landscape will also be pleased to find that FlureeDB can materialize as multiple database types, including Graph, Document and Event Log.

In addition to harnessing the power of Blockchain, FlureeDB offers a host of impressive database features, most notably:

Facebook
Twitter
Pinterest
WhatsApp
Previous articleCoinTracking – The Personal Portfolio Monitoring Tool and Tax Tracker for Digital Currencies
Next articlePikcioChain Receives Huge Pre-ICO Boost by Winning a Place on BNP Paribas’ Fintech Accelerator
Richard Kasteleinhttps://www.the-blockchain.com
In his 20s, he sailed around the world on small yachts and wrote a series of travel articles called, 'The Hitchhiker's Guide to the Seas' travelling by hitching rides on yachts (1989) in major travel and yachting publications. He currently lives in Groningen, the Netherlands where he has set down his anchor to raise a family and write. Founder and publisher of industry publication Blockchain News (EST 2015) and director of education company Blockchain Partners (Oracle Partner) – Vancouver native Richard Kastelein is an award-winning publisher, innovation executive and entrepreneur. He has written over 2500 articles on Blockchain technology and startups at Blockchain News and has also published in Harvard Business Review, Venturebeat, Wired, The Guardian and a number of other publications. Kastelein has an Honorary Ph.D. and is Chair Professor of Blockchain at China's first blockchain University in Nanchang at the Jiangxi Ahead Institute software and Technology. He has over a half a decade experience judging and rewarding some 1000+ innovation projects as an EU expert for the European Commission's SME Instrument programme as a startup assessor and as a startup judge for the UK government's Innovate UK division. Kastelein has spoken (keynotes & panels) on Blockchain technology at over 50 events in 30+ cities.