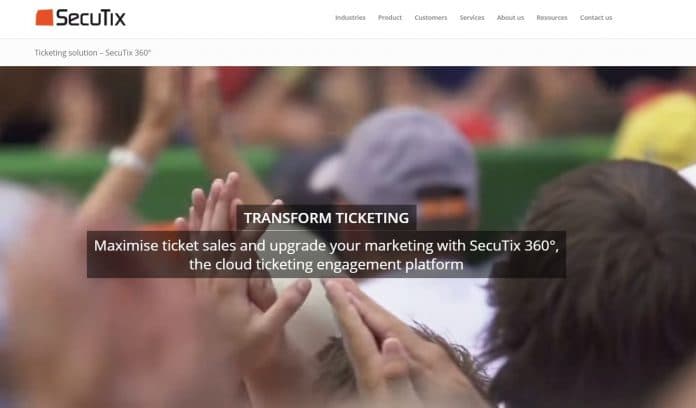 SecuTix, the global provider of a SaaS ticketing and audience management solution and its long-standing partner Paléo Festival Nyon, the largest open-air festival in Switzerland, have conducted a joint pilot project to test the distribution and activation transfer process of tickets using a mobile app based on Blockchain. The early test results, announced today, confirm the value of using Blockchain technology to regulate ticket resales and protect consumers. This technological breakthrough was hailed by Paléo Festival Nyon who also called for political and legislative change to address the problem of exorbitantly priced ticket resales.

The fraudulent resale of tickets via the Internet is on the increase and penalises both the organisers of events and genuine spectators who are often forced to pay prohibitively high prices for tickets or end up with counterfeit tickets or tickets which have been resold several times. In this context, event organisers can reap the benefit of the unique, traceable and secure features of Blockchain technology, which allows them to insert control mechanisms throughout the ticket transfer process.

As a business that has itself fallen foul of this soaring black market, Paléo Festival Nyon hopes to introduce this innovative technology to protect the interests of its audiences. Together with its ticketing partner SecuTix, Paléo had two objectives when testing ‘Blockchained’ tickets: testing the ticket transfer process between several people and checking the ease of use of a fully digital-ticket.

The pilot project was conducted in real-life conditions between 18 and 23 July during the 2017 festival. SecuTix supplied the target group with a mobile app comprising a ‘secure wallet’ connected to Blockchain and linked to the access control software. The mobile app allowed this first group of primary users (stand managers) to claim a quota of tickets, which could be distributed to users (stand employees) before entering the festival grounds on specific days and at specific times. Each ticket transfer created a unique transaction ID which was posted to the Blockchain repository.

Once the ID of the ticket owner was recorded in the user’s wallet, the user simply had to present his or her smartphone at the ticket gate. The mobile app itself generated a ticket in the form of a tamper-proof barcode several moments before being used to gain entry. Every stage in the life cycle of the ticket (issue, transfer, receipt and activation) was displayed in a dashboard giving a complete picture of the current status of each ticket. This meant that more than 200 private stand managers and 2,420 employees had the benefit of using an entry ticket controlled by Blockchain, which added up to nearly 10,000 entry tickets issued during the six days of the festival.

“This innovative technology is a tool that works directly for the good of our festival audience. Blockchain is a technology with great potential in terms of implementing new access controls to offer our spectators better protection,” announced David Franklin, ticketing manager at Paléo Festival. “From the users’ point of view, the results are equally satisfying. We have succeeded in proving that transferring a ticket is as easy as sending an SMS.”

Encouraged by the results of this first pilot, the organisers of Paléo Festival intend to widen the use of the technology for the 2018 festival.

“SecuTix is going back to its roots by offering a solution to the challenges which have dogged the industry since time immemorial: fraud and safety at large public events. As well as ratifying a number of technical issues, this pilot project conducted with Paléo has allowed us to test the end-to-end e-ticket, which will inevitably have a profound impact on B2C practices.”