Home News Nexus Blockchain Teams up With SingularityNET, the Platform Behind Sophia the Robot

Nexus Blockchain Teams up With SingularityNET, the Platform Behind Sophia the Robot 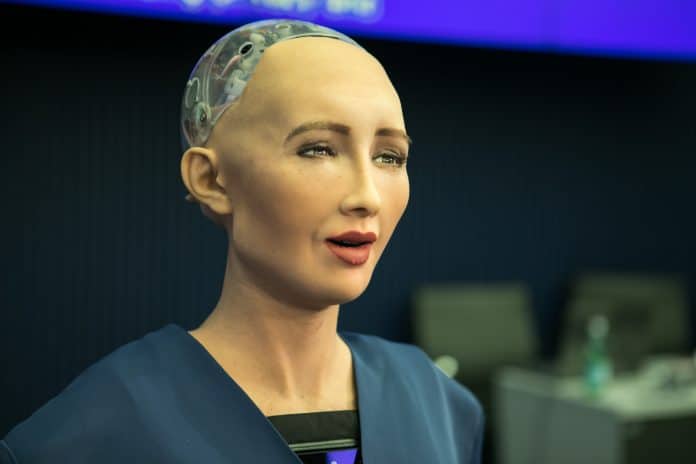 Nexus, the company pioneering “quantum resistant blockchain”, announced, Friday, a partnership with SingularityNET, the platform behind the artificial intelligence (AI) powering headline-grabbing robot Sophia. The two firms plan to integrate AI into their blockchain, to provide a platform for future robots to communicate and process transactions securely and at scale, and to create a trustworthy and censorship-resistant network.

Through creating a decentralized AI network, with rules contracted into AI decision-making, the two companies state that they are aiming to provide assurance that the technology will be used for good, a solution to some of the ethical dilemmas associated with it.

Founder and Chief Architect of Nexus, Colin Cantrell explained in a statement, “Nexus and SingularityNET are exploring new systems together in order to create a reliable means of self-regulating trust and reputation in a trustless system. This can make AI’s safer and more resilient when some of their decisions have to be routed through an immutable contract, ‘such as protect this human’. Nexus wants to resist the centralization of AI and believes partnering with SingularityNET can contribute to AI safety.”

Through the partnership, Nexus also aims to gain a valuable use-case for deploying its 3D Chain architecture, states the company, promising that this will become available in 2018.

Nexus relies on ground and satellite-based telecommunications and forked from Bitcoin, according to Token Report data. The enterprise is aiming to solve cryptocurrency issues of speed and scalability through the “world’s first 3D Chain”, coupled with quantum security, according to the company’s statement. It aims to be the first digital currency in space using its network and providing secure, decentralized AI.

Commenting on these aims, SingularityNET’s Chairman, David Hanson stated, “It will become the single most valuable technology in all of history. This is the chance for us to change the world together.”

For more information, visit www.nexusearth.com or watch their informational video.

image of Sophia the robot at the AI for Good Summit, CC BY 2.0