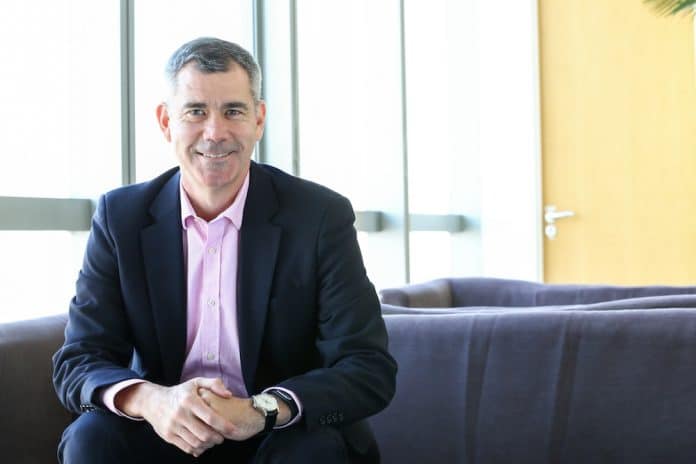 “The world is changing, brands are no longer interested in self-promotion, instead valuing peer-to-peer promotion and direct engagement between like-minded consumers,” Aitken said in a statement. “Now, we are much more likely to buy brands that are recommended by our close friends and family than those simply endorsed by a celebrity. JET8 is giving individuals the ability to not only influence their direct peer group, but to be rewarded for these extremely valuable and influential endorsements in a highly functional way.”

Aitken has spent over 20 years working for big industry names, as Vice President at Amazon China and, previously, Director of Finance and Strategy for Intel China and takes up his new position in April. His appointment follows JET8’s recent Token Generation Event, which established a blockchain-based token for the peer-to-peer platform and, states the company, raised a total of USD 32,706,262.

JET8, which is based in Singapore, according to Token Report data, stated that the new appointment reflects its rapid growth and the changing climate of the social media industry. It’s, in fact, just the latest in a series of high-profile appointments the company has made in the Asia Pacific region as it builds out its team. Former Mullen Lowe CEO Shannon Cullum was appointed as JET8 Global CMO in December 2017 and the company has brought in a host of investors and advisors, including Scott Kronick President & CEO Ogilvy Public Relations for Asia Pacific, Mike Rich EVP of Advertising Sales & Content Partnerships at FOX Networks Group Asia and Chris Foster, President at Young & Rubicam Asia.

As Aitken takes on the CEO mantle, the current incumbent, Victor Zabrockis, moves across to become Chairman, while Mike Allen and Joshua Thomson are named as SVPs of Partnerships. Zabrockis’ passion has been instrumental in JET8’s transition from an app-focused startup to becoming a leader of the burgeoning decentralized, tokenized, social media engagement industry, the company said.