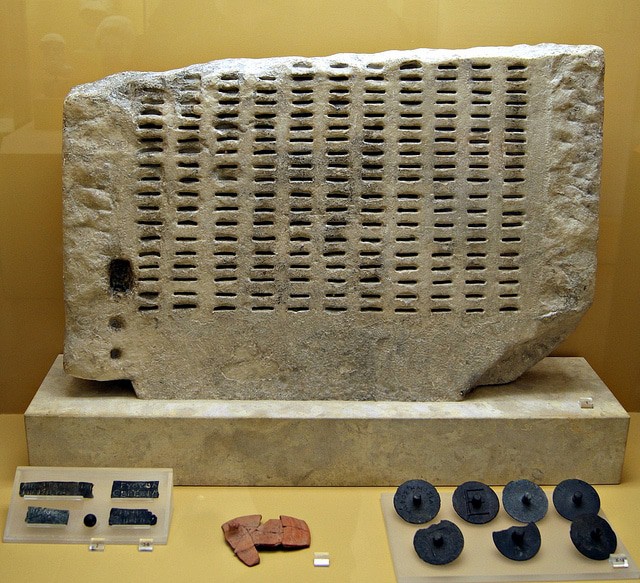 In the spirit of fairness and equality for all, Kleros, which acts as a decentralized third party to arbitrate disputes in every kind of contract, announced on Tuesday that its upcoming crowdsale will use an interactive initial coin offering (IIOC) sale mechanism. One of the guiding principles of the IICO model is that it eliminates favoritism and deep discounting.

Kleros aims to build a dispute resolution layer for the internet based on the ‘kleros’ democratic arbitration methods used by ancient Athenian Greeks. The kleroterion (pictured) is a stone randomization device used by Athenian citizens who would place their personal pinakion – a small, bronze identification plaque – into the kleroterion to be randomly selected to become jurors in public legal disputes.

The IIOC was first outlined in a paper by Ethereum Co-Founder Vitalik Buterin, Truebit Co-Founder Jason Teutsch, and Modular CEO Christopher Brown. IICOs are designed to be more egalitarian than previous ICOs by eliminating private sales and allowing buyers to submit bids for tokens while retaining the right to withdraw their bids of the total fundraising amount or theoretical ‘hard cap’ if the sale rises too high. According to the company’s statement, 16 percent of its Pinakion tokens will be distributed during the IICO, with an additional 50 percent to be sold in a subsequent more traditional crowdsale.

“Initial Coin Offerings have shown the phenomenal public interest in funding blockchain projects, but participation has become a lot harder,” said Kleros CEO, Federico Ast, in a statement. “Due to exclusive private sales and presales, crowdsales have now bypassed the crowd. We want to change that, which is why we’ve gone for an interactive ICO which allows for a fairer token sale. That way participants can set their own cap, and then a uniform token valuation is deduced, based on the total ether contributed.”

Kleros allows disputes on the internet to be settled by a randomly selected jury of subject matter experts who hold PKN tokens. After evidence is presented and decisions rendered, jury decisions are reviewed by additional peers to grant rewards for good judgement, while potentially applying a penalty to those who vote against the winning decision, providing incentives for the entire system to push towards the fairest outcome. Kleros recently released a demonstration video of its product and intends to release an MVP by the launch of the token sale in May.

Facebook
Twitter
Pinterest
WhatsApp
Previous articleNew Global Industry Body to Draft Crypto Code of Conduct
Next articleKyber Launches Public Crypto-Exchange in Beta
Alex Behrens
Alex started his professional career in a data analyst role at a global electrical components distributor before transitioning to work in the blockchain industry full time in 2017. He has performed research and analysis on multiple projects including traditional securities and cryptocurrencies, and has contributed to operational design for cryptocurrency mining and other entrepreneurial projects since 2015. Alex graduated from Ithaca College in 2014 with a BS in Finance and a minor in Politics.

Identity theft could soon be something of the past, as we are now entering into a new era of innovation. An era in which...
Read more
News

The crypto markets took a steep nosedive in the early hours of Saturday morning as Bitcoin fell even further from $53,940 to $42,874, causing...
Read more
News