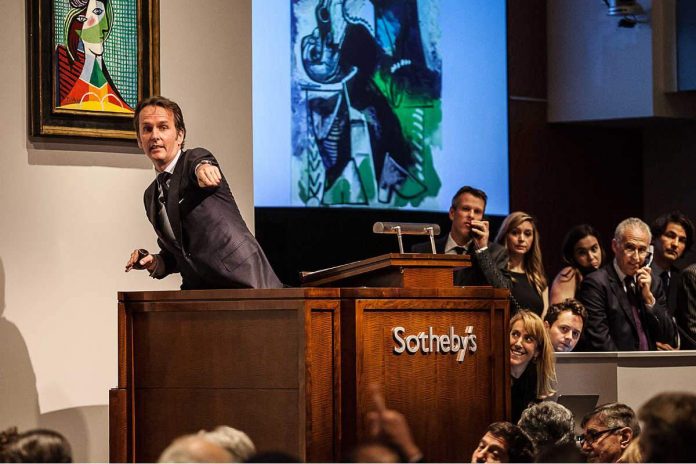 Codex announced on Tuesday a partnership with ConsenSys to host a live charity auction using its Biddable platform at the upcoming Ethereal Summit in New York City on May 11 and 12. It will mark the first time that arts and collectibles will be written into the Codex blockchain. A third partner, Rare Art Labs, will also sell a broader array of artwork at the event, with all proceeds going to a foundation being established to support projects at the intersection of blockchain and art. Codex says it is creating the first immutable art registry on the blockchain, allowing art holdings to become part of a diversified portfolio while providing an unbroken record of ownership and authenticity.

Unlike other major asset classes, the arts & collectibles market lacks a formal title registry, making it difficult to buy, sell, securitize, insure, and lend against the asset class, according to Codex’s statement. Using its application, Biddable, Codex says that buyers and sellers alike will be able to participate in auctions with greater market transparency — increasing privacy, security, and accuracy across the ecosystem. They will receive a Codex title, which provides them with an accurate and immutable ledger of verifiable provenance and authenticity.

“It has been our goal at Codex to harness the power of blockchain technology to realize the true value of arts and collectibles,” Codex CEO Mark Lurie said, in a statement. “By partnering with ConsenSys and Rare Art Labs at Ethereal Summit, we have an opportunity to make this goal a reality, showcasing our unique value proposition and demonstrating to crypto-holders that art and collectibles is an important and viable part of a diversified investment portfolio.

“At Codex, we are keen to develop tools which are helpful for the artistic community and recognize that artists play an important role in the development and dissemination of new technologies. Establishing the foundation allows us to offer financial support to the artistic community to encourage them to engage with blockchain.”

Ethereal Co-Creator and ConsenSys Director Jesse Grushack added, “The sale of artworks by Codex Protocol and Rare Art Labs will surely be a highlight of this year’s event. It will showcase to the world that blockchain is more than just a buzzword. It’s a technology with the potential to make a tangible impact on the modern economy and society. We look forward to seeing the auction promote artists working in this important area and demonstrating real interest in arts and collectables from the crypto community.”

The Ethereal Summit is for investors, government officials, and entrepreneurs focusing on blockchain technology and applications for cultural projects. Codex will also provide bidding capabilities via a mobile application for investors who cannot attend the Summit in person.