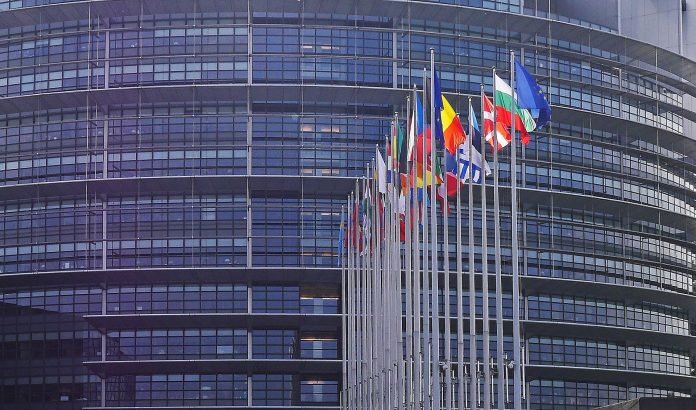 The European Parliament on Thursday voted in favor of closer regulation for virtual currencies as part of its crackdown on money laundering and financing of terrorism. However, the measures met with a mixed reaction from blockchain community leaders.

To end the anonymity associated with cryptocurrency, the EU stated that both cryptocurrency exchanges and wallet providers must introduce customer due diligence procedures, including identity verification, as is done in the banking sector.

According to a press release, cryptocurrency platforms will also have to apply for registration in order to offer their services, in line with the EU’s latest Anti-Money Laundering Directive.

The European Parliament’s vote backed a December agreement by the European Council for closer regulation of cryptocurrencies and was passed with 574 votes in favor, with 13 against and 60 abstaining.

In addition to due diligence controls on customers, MEPs voted to reduce the threshold to identify holders of prepaid and virtual cards to EUR 150 from the current EUR 250.

“Criminals use anonymity to launder their illicit proceeds or finance terrorism,” said Krišjānis KARIŅŠ, co-rapporteur of the legislation, in a statement. “This legislation helps address the threats to our citizens and the financial sector by allowing greater access to the information about the people behind firms and by tightening rules regulating virtual currencies and anonymous prepaid cards.”

Reaction to the EU’s announcement from industry leaders was mixed, with some taking the opportunity to highlight current failings in the approach to regulation.

Fernando Gutierrez, Chief Marketing Officer at Dash stated: “Despite some laudable efforts, regulation that affects blockchain is still fragmented, increasing the uncertainty and overall costs. Although Europe is active in terms of declarations, partnerships, and alliances, at the end of the day that is not what is needed in order for the Blockchain industry to flourish. Generally speaking, technology leaps tend to happen within smaller companies, however, the current approach tends to favor larger corporations, which in turn makes innovation within these smaller businesses more difficult.”

Gutierrez added that Europe has been fighting for its place as a blockchain and crypto industry frontrunner for some time now and multiple hubs are beginning to emerge within Europe, notably Switzerland, which has provided businesses with certainty and a clear legal framework. He noted that smaller jurisdictions like Gibraltar and Malta have admirably established competitive legal frameworks to attract new blockchain companies and to assist in the relocation of existing ones.

Thomas Schouten, Marketing Lead for Lisk said the EU’s favourable stance on the future of blockchain technology should be welcomed. “Appropriate, well thought out regulation is key to a mature blockchain industry. Therefore, we’re happy that the largest regional legislative body is on our side,” he stated.

“Europe is strategically placed to take advantage of the blockchain innovation explosion,” said David Siegel, founder and CEO of the Pillar Project wallet group. “While the chairman of the SEC worries about protecting US investors who don’t need his protection, Americans rightly complain that they are being left out. Those of us in Europe are designing new business models, inventing the future of money, transforming supply chains, building new reg-tech and legal-tech platforms, and finding ways to create more resilient economies.

“It is a unique time to invest in European talent and entrepreneurship, and I applaud the EU for helping to lead the charge,” Siegel continued, while adding that the coming GDPR regulations are far too heavy handed and impractical, creating an administrative burden that doesn’t protect consumers. “They had a chance to put sensible guidelines in place and try to go after the bad actors, but instead, they penalize everyone for doing business as usual and taking reasonable precautions. I hope Europe doesn’t follow the US in financial regulation, and I hope the US doesn’t follow the EU in data and privacy regulation.”