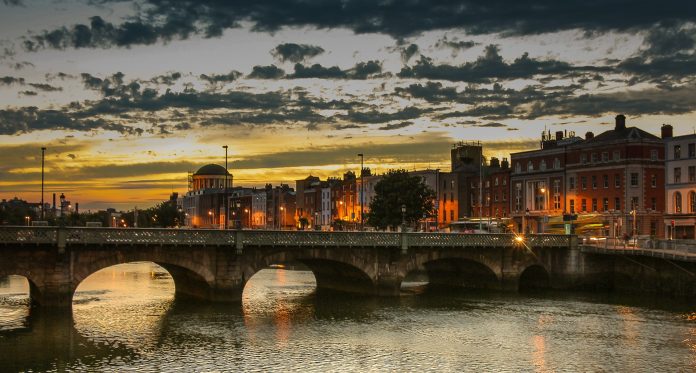 Blockchain platform development group ConsenSys has expanded into Ireland, with the opening of its Dublin Innovation Studio slated for next month, according to an announcement from the company on Wednesday.

The Dublin launch will be ConsenSys’ third hub in Europe, it also has operations in London and Paris. The Studio will officially open in early June when Consensys founder and Ethereum co-founder Joseph Lubin attends the MoneyConf fintech conference in the city.

The company said the new initiative will be a multi-functional facility, including a development lab for Ethereum-based blockchain platforms and products stemming from its consulting arm, ConsenSys Solutions, as well as a centre for client collaboration. ConsenSys added that it will also ideate and incubate decentralized applications and ‘spoke’ companies as part of its venture studio, ConsenSys Labs.

The company aims to have 60 people based in the Dublin Studio within a year, with 70 percent of the team being blockchain and full-stack engineers.

Among its team of experts with strong experience in cryptography and enterprise-focused blockchain solutions experience, is Lory Kehoe, who joined from Deloitte, where he founded the EMEA Blockchain Lab. In 2015, Kehoe worked with Keith Fingleton, now CIO of the Investment Development Agency (IDA) to establish the Irish Blockchain Expert Group, a group of start-ups, public service entities, universities and multinationals working to make Ireland a hub for blockchain projects and industry talent.

“ConsenSys establishing a presence in Dublin is a big deal for Ireland,” Kehoe said in the statement. “It shows there is a vibrant cross-industry and cross-sector blockchain ecosystem in the country, which ConsenSys will contribute to and build upon. More specifically, ConsenSys is looking to attract some of the great tech talent that already exists in Ireland, thanks to the many global tech companies that are based here.”

While ConsenSys embodies the ethos of a decentralized, remote-first startup, Europe is fast becoming a critical node in its global footprint. Jeremy Millar, Chief of Staff at ConsenSys, helped establish ConsenSys’ first European office in London, and explained the importance of the Dublin Innovation Studio.

“Dublin is a renowned global technology hub that is home to the international operations of the world’s largest technology companies,” he stated. “We can feel the excitement in the developer community for ConsenSys’ expansion to Dublin, where the tech community is embracing decentralization to solve intractable challenges such as identity protection, data sovereignty and sharing economics. We are consistently impressed by the depth of Ethereum knowledge and developer skills in the region.”