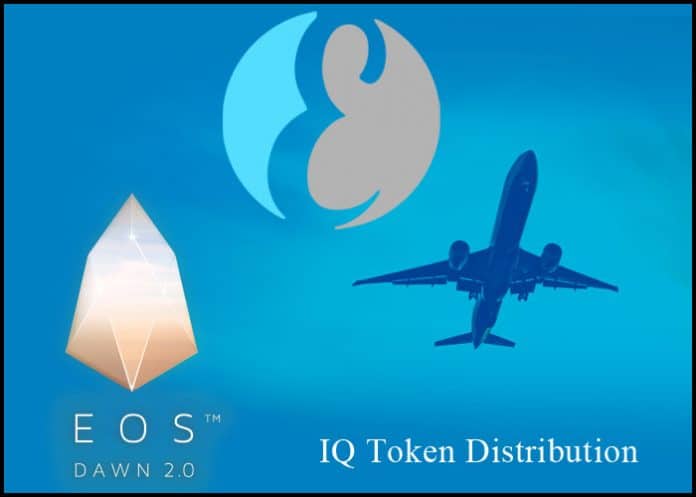 Everipedia, the peer-to-peer blockchain encyclopedia project launching on the EOS network, announced today that the airdrop of their IQ token will be supported by a range of exchanges that include Coinex, Bitfinex, ZB.com, EXX and BigONE, in order to achieve the widest possible distribution of tokens to new users.

Co-Founder and President of Everipedia Sam Kazemian said, in a statement, “Receiving support from such a wide variety of exchanges demonstrates the blockchain community’s enthusiasm and investment in our project. With over five exchanges on board, Everipedia is on track to be one of the largest dApps the world has seen.”

IQ tokens will be distributed to users who hold EOS, on participating exchanges in June. Additional details, including the percentage of tokens to be airdropped, the ratio of IQ tokens to EOS tokens, and the total supply of IQ tokens, will be released as the airdrop nears and IQ tokens become accessible across more exchanges. Everipedia is actively seeking feedback and further discussion of the airdrop and other related topics via their Telegram.

The Everipedia protocol rewards users for curating pages and articles, allowing editors to become stakeholders in the network. The announcement follows Everipedia successfully securing USD 30 million in funding from the EOS Ecosystem Fund, led by Galaxy Digital and Block.one. Everipedia plans to use these funds for expansion, integration of new features, and increased rewards for contributing users, while also helping spread awareness in and expanding the EOS ecosystem.

Everipedia Co-founder and CEO Theodor Forselius said, in a statement, “With support from these major exchanges, we’ll be able to increase user accessibility to IQ tokens, incentivizing them as stakeholders. Ensuring greater participation is key to our mission of decentralizing knowledge.”

Everipedia has over 3 million unique monthly users and over 6 million pages and articles, already surpassing Wikipedia as the world’s largest English Encyclopedia by content.