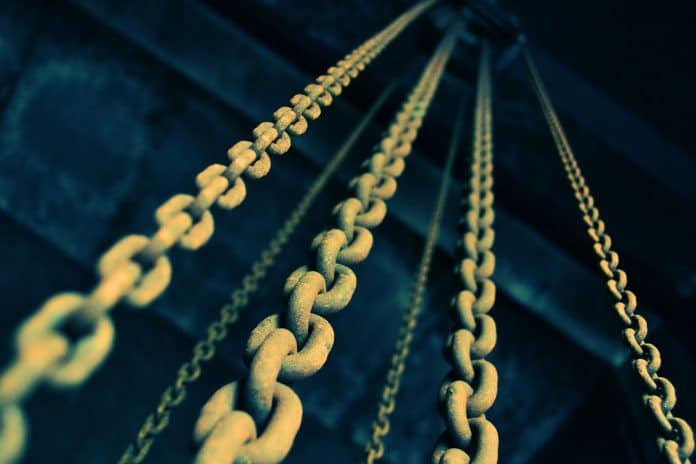 The Bitcoin Origin Foundation says it is merging five top cryptocurrencies into one energy-efficient multichain blockchain, via simultaneous hard forks. In a statement on Thursday, the Foundation said the move will also mean that current holders of these assets will be award with a stake in Bitcoin Origin.

The new multichain will link the five biggest Proof-of-Work cryptocurrencies: Bitcoin, Bitcoin Cash, Ethereum, Litecoin and Dash, said Bitcoin Origin. It will operate with a variant of the Proof of Authority consensus protocol, which is being called Proof of Ambassador.

The Proof of Ambassador protocol will be a combination of two major consensus methods: Proof of Stake and Proof of Authority, the release states. It will enable a high transactional throughput of 15,000 transactions per second. Holders of each of the forked coins, in what the company is calling a Penta-Fork Blockchain will be awarded Bitcoin Origin in proportion to the US dollar value of their original holdings of the 5-forked coins.

In what the company is calling a Penta-Fork Blockchain, holders of each of the forked tokens will be awarded Bitcoin Origin in proportion to the US dollar value of their original holdings.

“The existing Proof of Work cryptocurrency model is not sustainable, environmentally speaking, with energy consumption rising exponentially,” said Greg van der Spuy, CEO of Bitcoin Origin, in a statement. “Generating new coins requires dedicated hardware which is expensive and consumes a lot of energy. An eventual switch to another consensus method is inevitable.

“What we are doing with Bitcoin Origin is introducing energy-efficient and highly secure variants of popular cryptocurrencies with an exponentially higher transactional throughput than what's in practice right now. As the Proof of Ambassador consensus does away with cryptographic puzzles, our system is also energy-efficient, scalable and sustainable.”

Bitcoin Origin said it will use ground-breaking, innovative blockchain protocols like multi-state engines (MSE), cross-chain, multi-layering and namespace sharding to enable users of any technical skill implement their own native, serverless blockchains.  Additionally, the use of an Ethereum Token Bridge will allow for dApp fees to be paid in native tokens.

The company said Testnet launch for the project is scheduled for Q3 of 2018 with a Mainnet version planned in Q4. So far, it said proofs of concept have been provided for both the Proof of Ambassador consensus protocol and its native blockchain implementation framework.