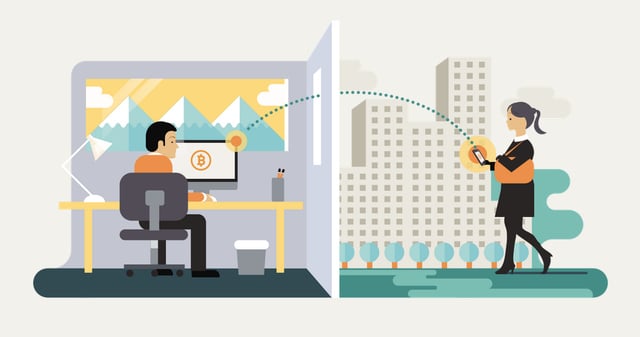 Data from blockchain research startup Chainalysis indicates that Bitcoin whales collectively hold USD 37.5 billion of the cryptocurrency, or close to a third of the available total. The research, reported in the Financial Times (paywall) on Saturday, reveals the extent to which wealth is concentrated in the crypto market.

Chainalysis data also revealed that long-term investors sold USD 30 billion to speculative investors between December 2017 and April 2018, with half the transfer happening in December alone.

New speculators (defined by Chainalysis as ‘clusters’ of accounts deduced to be connected to the same user or entity with activity within 10 percent of the current height of the blockchain) have pushed the supply of Bitcoin available for trading up 57 percent since December 2017, and prices will likely struggle to recover until speculators reduce the supply of coins available for trading (by moving funds off of exchanges and out of order books) or new users enter the market and strengthen demand.

Between April 2017 and April 2018, Bitcoin held for investment (defined as coins in account ‘clusters’ that are older than 10 percent of the current height of the blockchain) fell from 72 percent to just 50 percent, suggesting that long-term holders took advantage of December all-time-highs to take profits and transfer BTC to new entrants. Over the same time period, coins held for speculation rose from 14 percent to 35 percent.

Bitcoin’s money supply is thought to be more liquid than that of Bitcoin Cash. The former has over 90 percent held by investors, while the latter currently maintains only 50 percent investor holdings.

The velocity of Bitcoin, excluding assets held by investors, has fallen since January of 2016, with some of the biggest declines coming since the fourth quarter of 2017. Chainalysis reported that the average velocity was 26.4, on average, over 2016 and 2017, but it had fallen to just 8.5 from January to April 2018.

Velocity represents the theoretical average number of times each Bitcoin — from the total supply — is spent in a period, in this case one year.

Including Bitcoin held in investors accounts, velocity has fallen from 8.7 in 2016 to 4.4 in 2018, with about half that decline coming in the first quarter of the year. The decline has been driven by a reduction in transaction volumes, as short-term speculators bet on additional users, and capital flowing in to raise the price. If that inflow doesn’t materialize, many who joined the party in late 2107, hoping to turn around quick gains, may find themselves holding for an investor length term, or accepting deep losses when selling their positions.