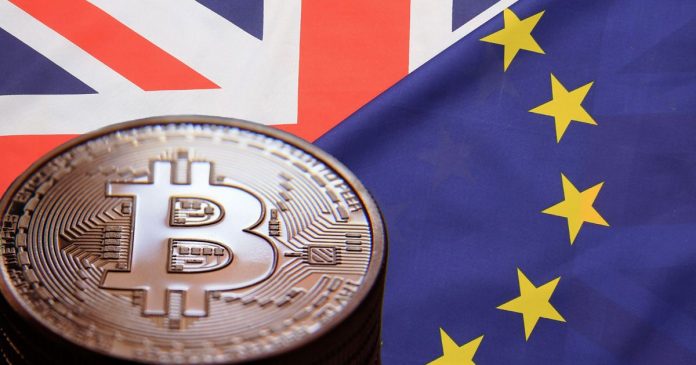 The prospect of falling out of a customs union with the EU, upon the completion of Brexit, has left many companies in the UK highly agitated. But the impending shake-up is also leading to increased interest in implementing blockchain technology in supply chains and border checks, to streamline the process of data sharing and the providence of goods for customs services. The big question is whether it can all happen in time to influence the biggest administrative headache companies may have faced for a generation.

The impending breakup raises the prospect that, when trading with the EU, the UK will be subject to complex ‘rules of origin’ that show where each part in each product was made, in order to secure favorable trade deals. To solve the problem resulting from the mountain of paperwork this would produce, Business West, a company in south-west England recently began a certificate-of-origin blockchain pilot program in association with Renishaw, a precision aerospace and health manufacturer. It’s the second real-world application of its kind in the world, following an earlier implementation of a similar program in Singapore.

Business West issues between 30,000 and 40,000 certificates of origin each year. James Monk, Commercial Director of Business West, told the Financial Times (paywall) that this number is expected to rise sharply after Brexit but blockchain could provide a solution.

“A standardised process could simplify and make it easier to check many parts of the supply chain including customs declarations, bills of lading [certifications of ship loads] and letters of credit,” he said.

Mr. Monk warned, however, that blockchain technology is still in the earliest phases of development and that the customs agency of the UK, the HMRC, has its hands full with other considerations in light of the impending changes.

“HMRC have other things on their minds for a while, and to put the customs system on blockchain could take a decade,” he said.

Border inspections will become more common and expensive after Brexit, but blockchain technology could potentially make the sharing of data from those activities easier and more transparent.

Nicolas Botton, a researcher at the European Centre for International Political Economy, a Brussels-based think-tank took a bleaker view of the prospects, noting that a lack of regulatory certainty around the technology could chill adoption for decades.

“There’s a good chance that the UK will have had time to leave the EU, realize its mistake and rejoin it before blockchain sees any significant implementation within customs borders,” he said.

However, Adam Underwood, Managing Director of i2i, which developed the information software used by Business West, noted that blockchain tech has been already been adopted to monitor cargo shipments in some use cases. A recent partnership between Maersk and IBM is just one example.

The implementation will not come without challenges, he added: “The whole shipping process involves a great number of smaller traders and other players, including chambers of commerce, whose processes need to be digitized to make the overall solution work.”

While a more complicated trading scenario with the EU may be one of the most painful aspects of the regional shakeup, a silver lining may emerge as Britain battles to function in a new, highly-challenging environment; its desperate desire to adopt leading-edge technology that improves efficiency across the supply chain and lowers costs for consumers could lead to future benefits both on and off the island.