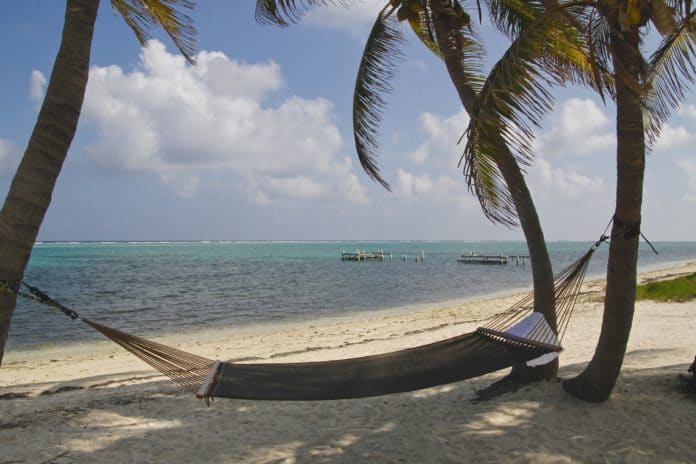 Caribbean initial coin offering (ICO) hotspot, the Cayman Islands, last week outlined a timeline for a proposed digital ID system for its population; it aims to have the technology in place within a year.

Premier Alden McLaughlin presented details of the initiative in a speech at the Cayman Islands Digital Economy Conference – CYDEC, while outlining the latest developments in his administration’s drive towards e-Government services.

In addition to being used as a voter ID, driver’s license and to provide access to government services, McLaughlin said the system would provide the best solution to the problem of Caymanians being able to prove their citizenship, in order to gain preferred access to employment, which is a thorny issue in a nation where approximately 50 percent of the population are expatriate workers.

“Having to prove that you are Caymanian can be onerous, and having to do it over and over when changing jobs,, for instance, can be annoying, to say the least,” McLaughlin stated. “So it is important that we find some way to solve this issue and it is thought that by using a digital identification, where one’s status as a Caymanian is proven for once and all and linked to your digital ID, is likely the best solution to this problem.”

Ian Tibbetts, Director of e-Government Services for the Cayman Islands Government gave more details of the proposed timeline for the digital ID system, with the procurement of technology ongoing and expected to be complete by the first half of 2019. “To get one consolidated view of every government department, we should be ready next year but a full rollout of digital IDs to the population is probably three years away,” he said.

Modest advances in e-government services, with online driving and motor vehicle license renewals, are already happening and have been welcomed in a country where government has a reputation for being high on bureaucracy and low on customer service with long lineups and  multiple trips to governmental offices needed.

But it’s when applied to blockchain technology, that the introduction of digital IDs, has the potential to really create a transformation in e-government and, while there are no plans as yet to bring the Cayman Islands population’s digital identities onto the blockchain, that is the step that more progressive nations like Estonia are taking. The Baltic nation lays claims to be the first country in the world to have implemented blockchain technology at a national level, with 99 percent of government services already available online 24/7 and everything is now going on the blockchain.

E-Estonia says its KSI Blockchain technology, protects national data, e-services and smart devices, both in the public and private sector, and has been implemented into its government services since 2012, including its healthcare, property and business registers. The future roadmap includes: a smart energy grid; a cyber defense system, with the Ministry of Defence and NATO; personalized medicine, with the Estonian Genome Centre and an Electronic Taxation system. If the Cayman Islands were to introduce immutable decentralized ledgers on the blockchain for its government services, it would clearly open the door to some significant advantages for its residents.

According to recent research from the Blockchain Council, traditional centralized ID management systems have a number of flaws, including the fact that any fault in a centralized data repository is liable to result in a loss of information, with hackers able to access all the data in a system by attacking one central point. Password managed systems are also vulnerable and easy to hack, they add, while bringing together information from different sources can be costly.

Where the blockchain changes everything is in its ability to track and manage digital identities, eliminating digital clones and multiple aliases (a recent study by Intel found that an average person may have 27 digital identities). Further advantages can be found in the security of blockchain data, which cannot be altered and can only be changed by consensus.

Depending upon who you talk to, the Cayman Islands is best known as a notorious tax haven or as a leading international centre for hedge funds. It is home to over 175 banks from around the world (Cayman Islands Monetary Annual Report 2016) and also accounts for some 80 percent of the offshore funds market and 40 percent of the hedge funds globally, where it is second only to the US (Vistra OIL 2020). Its main attraction to international hedge fund managers is the ability to offer a tax-free corporate structure without onerous regulation, in a stable common law environment thanks to its status as a UK overseas territory.

These same conditions have translated into its position today as a favored location for ICOs and the establishment of blockchain based businesses. Importantly, ICO issuers have also targeted the Cayman Islands to avoid the same regulatory scrutiny as would be faced in the US, because the narrower definition of a security, under Cayman law, refers to a list of instruments that are common in today’s financial markets, so ICOs are not in scope of the Cayman Islands’ Securities and Business Law.

Premier McLaughlin also told the conference how he hopes the Cayman Islands can position itself as a major player in the ‘fourth industrial revolution’, after meeting with what he referred to as “the Blockchain Gang” at international conferences. “What they told me was that the things that made Cayman an attractive offshore jurisdiction of choice for many typical types of Financial Services businesses also make us attractive to this new breed of financial services technical entrepreneurs,” he said, adding that Cayman caters to a diverse financial services market, with a legal system based on English Common Law, modern copyright laws covering software design and up-to-date intellectual property legislation for trademarks and design rights.

Without yet introducing any new legislation for ICOs, in contrast to offshore rival Bermuda, Cayman’s main blockchain strategy has been effected through attracting technology companies to its Special Economic Zone, called Cayman Enterprise City. In addition to being able to take advantage of Cayman tax laws, which don’t tax company profits, there are other incentives for companies establishing in the zone, including renewable five-year work permits, reduced red tape and a path to residency for company directors.

According to Cayman Enterprise City, Blockchain related companies are setting up in the Special Enterprise Zone (SEZ) on a weekly basis, with a little over 50 such companies having established a physical presence in its Tech City zone.

For the Cayman Islands, the ability to offer these incentives to startups in addition to paying no tax on profits makes an attractive proposition for entrepreneurs, putting the territory at the forefront of innovation in the digital assets world. It hasn’t made any claim to be any kind of ‘crypto-island’, like Malta or Beuda, but has quietly assumed a strong position as both a domicile for ICOs and as a base for innovative blockchain startups. If the government’s plans for a digital ID system are ever to progress to incorporating blockchain technology, as we are seeing in other progressive parts of the world, then there should be no shortage of local talent to help drive that ambition.