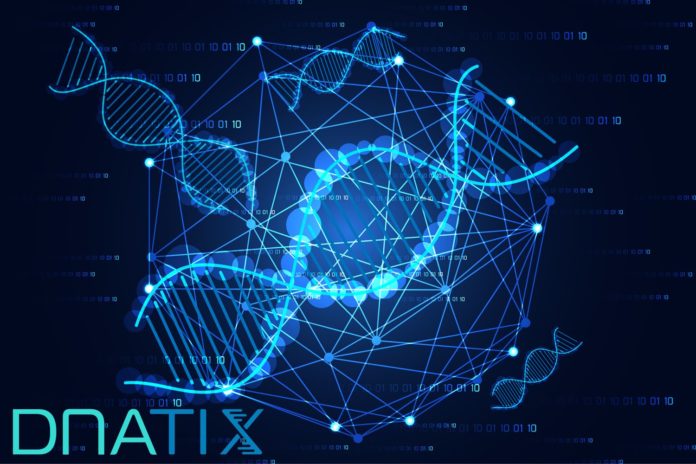 Genetics blockchain company DNAtix has just released the next stage of its DNA compression tool which can, for the first time, compress DNA sequences by up to 99% of their original value. This tool is another step in validating DNAtix’s vision of storing and transferring full genome sequences on a dedicated blockchain.

“Developing a genetic blockchain is an extremely complicated task that requires a multidisciplinary team,” says Ofer A. Lidsky the CEO & CTO, DNAtix. “Unlike most current blockchains that are designed to provide “speed of transection” rather than “size of transection” when it comes to genetic information it is the other way around.”.

“When you are designing the genetic blockchain you must take into account not only data size, but also the sensitivity of the genetic information and regulatory considerations,” says Dr. Tal sines the CSO, DNAtix. “Enable users to store and transfer their genetic information, access it easily and get value from it. Without dealing first with the data sizes it is just not going to work.”

Earlier this year DNAtix released two versions of its open-source DNA Compression tool to GitHub, supporting most common operating systems (multiplatform). The first two versions of the DNAtix compression tools enabled users to compress DNA sequences by 75%. While groundbreaking in their own regard, this level of compression was not enough for a blockchain to store hundreds of millions of genomic sequences.

It is almost impossible to transfer genetic data with current blockchain technologies due to size constraints. The size of the diploid human genome which is composed of 6 Billion nucleotide (letters) is approximately 1.5 Gigabytes (found in two copies in almost all cells).

It is expected that by 2025, 50 million people will have their full genome sequence at hand. Simple math leads to 73 Petabytes of genetic data that should be stored on the blockchain. Taking into account that the size of the Bitcoin blockchain reached approximately 173 gigabytes in June 2018 (1) it is clear that when developing the “genetic blockchain” size really matters.

DNAtix successfully transferred the short DNA sequence of a virus on the Ethereum blockchain, and more recently an entire chromosome (20 Megabytes) on the Hyperledger Fabric.

“We see this tool as a new GDAPP (Genetic Distributed Application) that will be available for users of the genetic blockchain” says CEO, Ofer Lidsky.

The new compression tool is part of the blockchain-based ecosystem DNAtix is building for the genetic world. DNAtix is defining how participants in the genetic ecosystem will access this tool, and will be releasing additional applications for the benefit of users of the ecosystem in the near future.