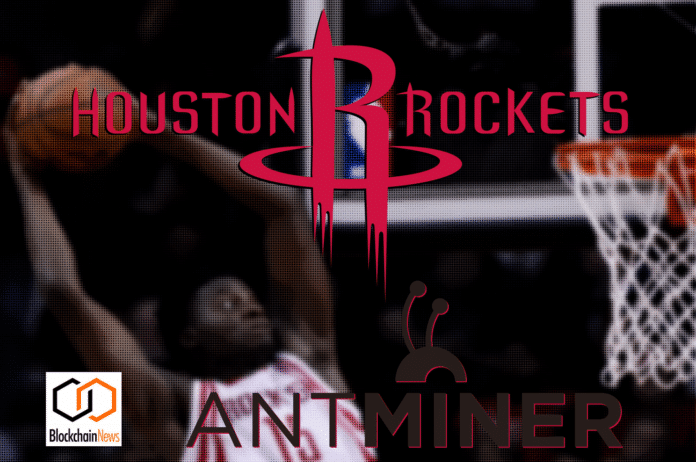 Leading crypto currency and Bitcoin mining company AntPool, ohas announced it is backing and an official sponsor of the Houston Rockets for the upcoming 2018-2019 NBA season. Prior to the partnership announcement the China-based company chose Houston for U.S. expansion.

“We’re excited to work with AntPool as a conduit in the U.S. for their ever-growing business,” said Rockets Vice President of Corporate Development John Croley.  “The Rockets are always looking to stay ahead of the curve with technology both on and off the court and AntPool’s prowess with crypto currency makes for a great partnership.”
Earlier this month, AntPool announced that it would be making its first U.S expansion in Houston to further strengthen its client base while also educating consumers about mining technology. The rapid population growth, strong economy and business-friendly regulations are a couple of many reasons why Houston and Texas were selected. Being an international center of the U.S., Houston was the perfect spot.
“As far as professional sports teams go, the Houston Rockets are legendary across the globe and what better way to continue the momentum of our U.S. expansion than partnering with the prolific Houston Rockets basketball club, the No. 1 team in China,” said Haijiao Li, AntPool Overseas Operations Manger. “As the crypto currency industry around the globe continues to evolve and develop, it is going to be more and more important for companies like AntPool to lead the conversation and conversion of consumers to adopt and understand digital currencies. It is an exciting time, and we welcome Rockets fans and those traveling to Houston to visit our showcase at Toyota Center and learn more about the technology that will change the world.”
The partnership will include an AntPool exhibition inside Toyota Center, launching on this season.
AntPool mines the second largest amount of Bitcoins in the world, roughly 15 percent of all blocks and is owned and operated by Bitmain Technologies who also owns Antminer and Hashnet.