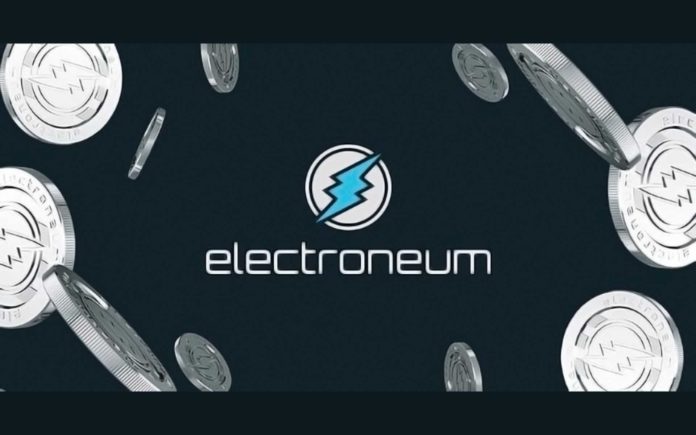 Electroneum is in coinmarketcap.com’s top 50 cryptocurrencies after ripping through nine days of hockey stick gains –  with their coin tripling in value following the launch of its cryptocurrency Instant Payment API beta-test.

Electroneum’s CEO and Founder Richard Ells attributed the market interest in e cryptocurrency to the news that a series of big brands had joined or been integrated into the beta-test for its cryptocurrency instant payment system, which began on 12th September.

“The world has woken up to ETN,” he said. “We’ve proved that we’re more than a token – we’re a cryptocurrency and also a massively successful fintech business. News that our Instant Payment API has entered beta-testing has excited the market – and once people realise how easy it is to integrate and use, more people will join them!

“Just 40 of the top 100 cryptocurrencies have a real working product or provide any real value to the public according to a report from Invest in Blockchain. We do – one we know will be a gamechanger!”

Electroneum’s Instant Payment API allows users to pay for items in shops or stores in ETN instantly from a mobile phone, tablet or computer. The software entered beta-testing on September 12th, and vendors from across the world have rushed to integrate it into their shops and stores.

“We’ve had an incredible response to our Instant Payment Beta Test,” the CEO continued. “We’ve been sent a video of it being integrated into the Point of Sale Systems used by some of Egypt’s largest retailers and plug-ins have been developed for WooCommerce and Magento (two of the world’s largest e-commerce sites). This is something I always knew was possible, but I’m delighted it’s been confirmed.

“Tuesday we announced that BluBlocker Sunglasses UK – the sunglasses worn by Zach Galifianakis’ character in ‘The Hangover’ – has integrated our Instant Payment system into their store, so you can now buy them using ETN. They’re a huge brand and we’re really excited they’ve come on board – hopefully they’ll be the first of many!”

Electroneum launched its Instant Payment beta-test following the news that it would require its two million users to complete its Know Your Customer (KYC) process.

“KYC and AML are the only way we can become a widely adopted means of digital payment,” Ells said. “Our corporate partners have resisted other anonymous cryptocurrencies, so we have introduced KYC to unlock the opportunities these partnerships offer and pave the way for more partners to come on board in future.”

Plans are being made to rollout Electroneum across the globe once its KYC and AML compliance has been achieved – and its mobile mining will be at the heart of this.

“We’ll be looking to grow our userbase through our partnerships with global mobile network operators – and we already deals in place that will enable us to access more than 100 million smartphone users. Many more are in the pipeline.

With the Electroneum first anniversary coming up, there are some massive milestones on the horizon. Two key areas for the business are the introduction of iOS mobile mining and the development of ETN ecosystems – geographic areas where people can earn and spend ETN.

Ells explained: “Mobile mining for iOS users has been in the pipeline for a long time, but can only go live now we’ve introduced KYC – and it’ll happen in ‘Cloud Mining’ form. This will mean we’ll be able to bring mobile mining, which has gone down brilliantly with Android users many of whom have used it to experience cryptocurrency for the first time, to iOS users via ‘Cloud Mining’. If it goes down well, we’ll roll out ‘Cloud Mining’ on Android too.

“This has been a hugely exciting couple of weeks for Electroneum – our first real product has gone out into the world and been integrated by some huge brands and systems, we’ve introduced KYC and AML which will enable us to start doing the deals we need to grow and we’ve re-entered CoinMarketCap’s top 50 cryptocurrencies. Watch this space because that’s only the start!”